Report Says: 'DOD and the Intelligence Community have identified China as a top national security threat'

GAO officials found that though the U.S. Department of Defense (DOD) is conducting research on how to respond to emerging biological threats, the DOD doesn’t even currently have “full knowledge of the entire range of its biodefense capabilities or related gaps.”

The Defense Department does not have clear roles and responsibilities for coordinating and disseminating medical intelligence to other agencies and stakeholders.

Further, GAO’s work on DOD and IC efforts to mitigate the risks posed by China’s collection and use of genetic data found that “China’s intent and ability to access and exploit U.S. genetic data presents several risks that could threaten U.S. national security,” the report states.

The GAO published three reports earlier this year that the department says would help the intelligence community better prepare for biological threats. As of September, none of those recommendations had been implemented.

Developing an integrated and comprehensive biodefense strategy was among the trio of proposals from GAO officials.

The other two were assess gaps in U.S. biodefense capabilities and clarify how biological threats would be prioritized during joint military exercises.

The GAO recommended the Secretary of Defense clarify roles and responsibilities within the DOD to improve the U.S. response to a biological threat.

“DOD and the Intelligence Community have identified China as a top national security threat,” the report states. “China’s intent and ability to access and exploit U.S. genetic data may present several risks that could threaten the national security of the United States.”

The department warns that Chinese companies used the pandemic to infiltrate the U.S. by establishing laboratories for COVID-19 testing, then using those labs to acquire genetic information of patients.

Other offices within the DOD have warned about the threat of China weaponizing genetic information for years. Some reports show that China has been developing bioweapons that can target specific races.

The GAO finds that implementing its recommendations would allow the DOD to better respond to biological threats. 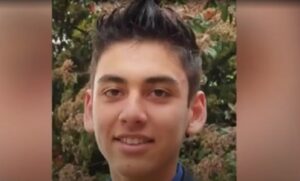