New Data: Americans Are Deeply Divided Over the Supreme Court

'I know our country has been divided in recent years; I’m starting to fear that division is becoming irreparable’ said one research fellow

In the wake of historic decisions on gun rights, reigning in the power of administrative bureaucracies, and the overturning of Roe v. Wade, there is a sharp split along party lines as to how Americans view the Supreme Court.

Only 33 percent of Democrats hold a favorable view of the Court. For comparison, 72 percent of Republicans and 52 percent of independents view the Court favorably.

While most voters (61 percent) disagree with the claim that the Supreme Court “is a fundamentally racist institution,” 56 percent of Democrats agree. And more than a quarter of Democrats “strongly agree” that the Court is racist.

More than half of black voters (54 percent) at least “somewhat agree” that the Supreme Court is fundamentally racist.

“I am shocked and dismayed by these poll results,” said Heartland Institute research fellow Donald Kendal. “How can an institution like the Supreme Court function properly when the majority of those who call themselves liberal think the Court is sexist and racist?

“How can our system of government continue to work as outlined by the Constitution when the majority of those who call themselves liberal advocate for the abolishment of the Supreme Court?” he added. “I know our country has been divided in recent years; I’m starting to fear that division is becoming irreparable.”

There has been a growing chorus of progressive voices calling for changes to the Court. That sentiment is reflected in the latest polling data.

Fifty-three percent of Democrats support abolishing the Court in its current form and allowing new justices to be elected by the American people. Seventy-nine percent of Republicans oppose.

Voters under the age of 40 hold more negative views of the Court, with 55 percent favoring expanding the Court to 13 seats. More than half (54 percent) of voters under 40 believe the Supreme Court should be abolished and new justices selected through direct election.

Thirty-nine percent of Democrats support a constitutional amendment that would give the United Nations (UN) the authority to reverse U.S. Supreme Court decisions that the UN believes may violate human rights.

“By and large, the American people hold the Court in high esteem, as this poll amply demonstrates,” said Heartland Institute senior editor Chris Talgo. “However, there is absolutely a movement afoot, principally among leftists and America’s youth, who desire to ‘reimagine’ the Supreme Court so that it will become nothing more than a rubber stamp for their radical agenda. Fortunately, most likely voters reject this notion and steadfastly support the Supreme Court.”

The margin of sampling error is +/- 3 percentage points with a 95 percent level of confidence. 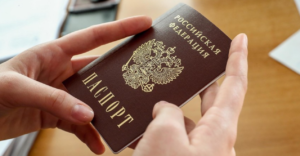