The results of a 16-year-old study on Alzheimer’s disease are being called into question after new allegations of falsification surfaced.

The study was highly influential at the time of its 2006 publication. Researchers linked the Aβ*56, or “amyloid beta star 56” subtype protein to memory loss in rats. The study’s lead author, neuroscientist Sylvian Lesné, hypothesized that the Aβ clumps, also referred to as plaque, in the brain caused Alzheimer’s.

In a new report published by Science, neuroscientist and physician at Vanderbilt University Matthew Schrag uncovered evidence that suggests Lesné and his team tampered with and doctored images in order to support their hypothesis about the protein’s influence on the progression of Alzheimer’s.

Schrag said in his interview with the outlet that his findings do not definitively prove fraud. For that, he would need access to original, complete, unpublished images and data from the study.

“I focus on what we can see in the published images, and describe them as red flags, not final conclusions,” he says. “The data should speak for itself.”

Schrag also expressed concern that misleading research about Alzeheimer’s may impede researchers as they work to find an effective treatment for the illness.

“They concurred with his overall conclusions, which cast doubt on hundreds of images, including more than 70 in Lesné’s papers,” the outlet noted.

The 2006 study of the Aβ protein has been cited an estimated 2,300 times, making it the fifth most cited Alzheimer’s research report in the last 16 years.

Nature, which first published the study, added an editor’s note on July 14 warning that it had been “alerted to concerns regarding some of the figures in this paper.”

“Nature is investigating these concerns, and a further editorial response will follow as soon as possible,” the publication stated. “In the meantime, readers are advised to use caution when using results reported therein.”

The Mayo Clinic estimated that Alzheimer’s affects 5.8 million Americans over the age of 65.

“The early signs of the disease include forgetting recent events or conversations. As the disease progresses, a person with Alzheimer’s disease will develop severe memory impairment and lose the ability to carry out everyday tasks,” the clinic states.

The disease has no cure and there is no known way to stop its progression once it has begun.

“More than $1 billion of government funding, through the National Institutes of Health, has been directed to amyloid-related Alzheimer’s research,” reports CNBC.

Neuroscientist and the University of Minnesota Professor Dr. Karen Ashe, who co-authored the 2006 study with Lesné, has said the amyloid-beta hypothesis should not be called into question although she noted she does wish to retract the paper.

“Having worked for decades to understand the cause of Alzheimer’s disease, so that better treatments can be found for patients, it is devastating to discover that a co-worker may have misled me and the scientific community through the doctoring of images,” Ashe told CNCB via email.

Schrag began looking into Lesné’s study after being contacted by an attorney on behalf of two neuroscientists who believed an experimental drug called Simufilam may have been subject to fraudulent research. Cassava Sciences, the maker of Simufilam, claimed it improved cognitive function in Alzheimer’s patients by repairing proteins that inhibit Aβ protein deposits. Schrag’s research contradicted Cassava’s claims.

The Department of Justice has now opened an investigation into the drugmaker to determine if Cassava defrauded its investors. 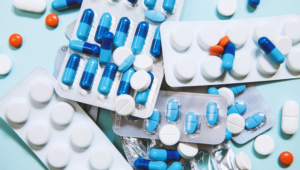