A Nevada high school honor roll student has filed a lawsuit claiming that an anonymous gun reporting hotline is being abused to bully him.

Reno High School junior Lucas Gorelick, 16, claims that students are using SafeVoice, a Department of Education threat tip line, to file false reports about him — which prompts school officials to search and “harass” him.

The lawsuit, filed in the U.S. District Court in Reno, alleges that school officials have violated his constitutional rights to equal protection and freedom from unreasonable search and seizure.

“I’m a student, not a threat,” Gorelick told The Associated Press. “I have rights. I want people to know what is happening, and I want to ensure safety for all future students.”

Gorelick says that his backpack and pickup truck were searched five times, and no weapons were ever found.

The Reno Gazette Journal reports that in her ruling, which came just after the elementary school shooting in Texas, Du said the district should not stop the searches even if they had proven false in previous reports.

“In the world we live in today, it is no longer unimaginable,” Du said.

The teenager claims that he has been targeted by bullies due to his “Jewish heritage, his work with Democratic party candidates and his school achievements,” according to the report. He is an active member of Students Demand Action, a national group aiming to end gun violence in schools.

The father said that taking the word of anonymous calls “gives people free rein to do abusive things to other people.”

“If the purpose is to provide safe schools, which I think was the intended purpose, having a little bit of control on abuse would have been a good idea.”

The station noted, “the U.S. Supreme Court ruled in 1985 in a case from New Jersey that school officials need only ‘reasonable suspicion’ that a student has violated the law or school rules to initiate a search. The Fourth Amendment requires ‘probable cause’ or a warrant.”

The lawsuit will continue, though Gorelick is graduating next month — a year early.

A spokesperson from the Department of Education told the Associated Press that false reports on SafeVoice can prompt a police investigation and removing the reporter’s anonymity. They have not commented if this has been the case with the reports about Gorelick.

“If a person is found to be abusing the system that person may no longer be anonymous and there are potential consequences,” the department spokesperson asserted.

In a statement to the RGJ, the school district said that “any reports of any student carrying a deadly weapon on campus must be taken very seriously. Not only should information concerning the safety of our students be investigated, Nevada law requires it.” 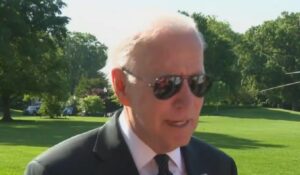