A local publication referred to the report as 'profoundly misleading'

Nevada-based writer Jon Ralston, the journalist at the center of the scandal, is accused of intentionally deceiving readers in a May 16 Pro Publica piece he co-authored with journalist Anjeanette Damon, which implicitly accuses Governor Sisolak of cronyism, and further implies that Northshore Clinical Labs, a COVID-19 testing laboratory, issued thousands of tests that returned false negatives during the height of the pandemic.

“It’s telling that his political opponents have so little to criticize him for that they have been forced to invent scandal,” the Sun wrote in their editorial board’s endorsement of Sisolak, referring to reporting from Ralston and Damon that had become a focal point of Sheriff Lombardo’s campaign which accused Sisolak of letting Nevada residents die on his watch.

“They’ve lobbed a false narrative at him claiming the Governor’s Office engaged in corruption and cronyism by approving a COVID-lab testing company that was already approved to operate in 43 other states. It’s even more telling they’re basing the accusations on a useless sample that represents less than one-tenth of 1% of all tests performed by the company.”

That endorsement followed an earlier investigative report from the Sun which analyzed Pro Publica’s reporting. According to the Sun, despite Pro Publica insinuating that the laboratory in question “missed 96% of cases,” the Vegas-based daily found that this audit only covered 51 tests out of over 70,000 conducted by the Northshore’s facilities. In essence, Ralston is accused of extrapolating that 96% of all tests performed by Northshore Clinical Labs were erroneous.

The Palivos are the children of Peter Palivos, a longtime political ally of Sisolaks who has contributed thousands of dollars to his campaign since 2011, prompting his opponents to seize on the news that the Palivos family was involved in the scandal, which provided a convenient means to implicate Sisolak as a co-conspirator.

However, with such a small sample size, the Sun explained, a “single bad batch might be at fault, or even a few technicians swabbing inaccurately during collection.” In other words, these details fly “in the face of the notion that Northshore’s PCR tests were delivering false negatives on a massive scale,” according to the publication which went on to describe Ralston’s and Damon’s headline as “profoundly misleading.”

Weeks later, Ralston would go on to moderate an Oct. 2 debate between Sisolak and Lombardo, with the former taking the initiative to clarify the moderator’s reporting at Pro Publica. Ralston, in response, agreed that the reporting, which he did not acknowledge as his own, was misleading. “The 96% number is not accurate because it only involved 51 tests,” Ralston said before adding he would ask Lombardo why he was involved in spreading misinformation.

In a letter sent by the Assistant Attorney General’s office that was received by Nevada State Senator Scott Hammond in reply to his request for an investigation into Sisolak, intergovernmental affairs liaison Justin O’Connell seemed to indicate that there was no ongoing investigation into Sisolak by the Attorney General and suggested that the senator should speak to the Federal Bureau of Investigation if he had any evidence of a crime taking place. Hammond “hasn’t heard back from” the FBI according to Damon.

Ralston, whose reporting has since come under question but was previously declared the “dean of Nevada journalism,” has not returned a request for comment at the time of this report.

Will you comment on Jon Ralston admitting your story about NorthShore was NOT accurate? Didn't you CO-Publish with him? You should be ashamed. And now you're going to publish ANOTHER story? Are you insane? Trying to cover up your criminal lies? Won't work. You're going to prison. pic.twitter.com/JOmFdcEhvS 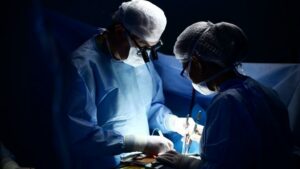