Just 10 percent of Americans believe that the country is headed in the right direction — while 88 percent say it is on the wrong track.

According to Monmouth University, who conducted the poll which was released on Tuesday, this marks an all-time low for this question going back to 2013.

“Biden’s overall job rating continues to trend downward. Currently, just 36% approve of the job he is doing while 58% disapprove. It has now been a year since Biden held a net positive rating (48% approve and 44% disapprove in July 2021),” the pollsters reported.

The poll also found that just 15 percent of Americans approve of the job Congress is doing.

“The state of the economy has Americans in a foul mood. They are not happy with Washington. However, that has not changed the overall picture of whom they want in control of Congress. The question is who actually shows up to vote in the fall,” said Patrick Murray, director of the independent Monmouth University Polling Institute.

Monmouth additionally reported that “more than 4 in 10 Americans (42%) say they are struggling to remain where they are financially. This is the first time since Monmouth started asking the question five years ago that the number topped 3 in 10 – the range in prior polls was 20% to 29%.”

“Just under half (47%) say their current financial situation is basically stable and only 9% say it is improving. The high point for improving was 25% in April 2019. The number of people who say they are struggling has increased by 18 points since last year (from 24% to 42%), with that increase being fairly across the board when examining key demographic groups, including income, race, and partisanship,” the report continued.

Murray stated, “economic concerns tend to rise to the top of the list of family concerns, as you might expect, but the singular impact of inflation is really hitting home right now. And most Americans are blaming Washington for their current pain.”

A 57 percent majority said that “the actions of the federal government over the past six months have hurt their family” when it comes to their most important concern. The top two concerns were inflation (33 percent) or gas prices (15 percent).

The Monmouth University Poll was conducted from June 23 to 27, 2022 with a probability-based national random sample of 978 adults age 18 and older. 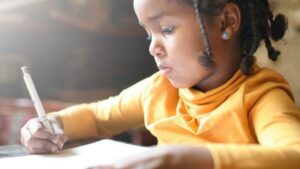