Nearly 40 House Republicans crashed the senate floor on Thursday in protest of the Capitol physician’s decision to reinstate a mask mandate in the lower chamber — but not the upper chamber.

The members of Congress did not wear masks as they walked across the Capitol and onto the Senate floor.

The group of lawmakers argued that the policy, spearheaded by Speaker Nancy Pelosi, was politically motivated.

Republicans wanted to show “what it was like on the floor of the Senate versus the floor of the House. Obviously, it’s vastly different,” a maskless Rep. Ronnie Jackson, who served as former President Trump’s White House physician, told The Hill after the protest.

Jackson added that Senators “have the freedom to speak without their mask on and be in there and it’s not near as restrictive as it is on the House side. It makes no sense.”

Earlier in the day, Capitol Police announced that congressional aides and visitors could be arrested if they do not comply with the mask mandate on the House side of the Capitol complex. This includes the Rayburn, Longworth and Cannon office buildings.

By 5 p.m. on Thursday, however, there had not been any arrests — despite the unmasked protest.

Mayor Muriel Bowser also announced earlier in the day that masks will again be required indoors in D.C. beginning this weekend. Children in the district will also be required to wear them in school. 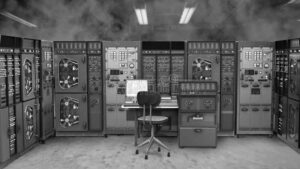 Shane Cashman: Ghosts in the Simulation