A United States Navy plane crashed in the waters near the boundary of Virginia and Maryland.

The aircraft was carrying three people while conducting a routine flight operation on March 30 when it went down around 7:30 P.M. near Wallops Island and Chincoteague, Virginia.

A public affairs officer from the Naval Force Atlantic, Lieutenant Commander Rob Myers, told AP News that one passenger was found dead inside the aircraft and that the U.S. Coast Guard rescued the other two people, who were injured.

The crash was confirmed by Keith Koehler, the News Chief at the Wallops Island NASA facility, to WIRC. Koehler told the outlet a signal naval aircraft was involved.

The Navy E-2D Hawkeye, an advanced tactical plane, was based out of Naval Station Norfolk. The aircraft is an all-weather, carrier-based plane with a 24-foot diameter radar rotodome that is fixed to the upper fuselage. It was part of the East Coast Airborne Command and Control Squadron.

On behalf of the Naval Air Force Atlantic in Virginia, Meyers released a statement saying the deceased crew member’s name would be released publicly once next of kin had been notified and that the other two crew members’ injuries are not life-threatening.

Both crew members are reported to have suffered broken legs.

“The crash marks the seventh Class A Aviation Mishap for the Navy in the fiscal year, along with five for the Marine Corps in that same timeframe,” reports Task and Purpose. “Just two weeks ago, four Marines assigned to the 2nd Marine Aircraft Wing were killed when their MV-22 Osprey tiltrotor aircraft crashed in Norway during a training exercise.”

The crash site is on the Eastern Shore, roughly 150 miles east-southeast of Washington, D.C.

The Navy said the incident is under investigation. 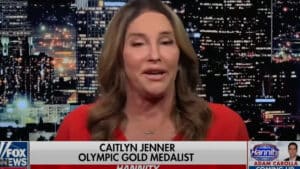