“I expect leaders will agree to strengthen NATO’s posture in all domains, with major increases in the eastern part of the alliance on land, in the air and at sea,” Stoltenberg said during a press conference.

The troops will be deployed to Bulgaria, Hungary, Romania, and Slovakia.

Biden arrives in Europe this week to hold high-level meetings with leaders of NATO, the G-7, and European Union as Putin’s war in Ukraine enters its second month.

“Now he’s talking about new false flags he’s setting up … asserting that we in America have biological as well as chemical weapons in Europe, [it’s] simply not true I guarantee you,” Biden said March 21.

“They are also suggesting that Ukraine has biological and chemical weapons in Ukraine. That’s a clear sign he’s considering using both of those,” added the President. 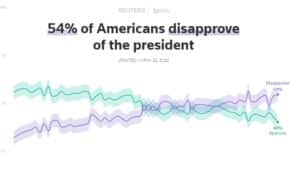