On Saturday, Naomi Judd, one half of the country duo The Judds, died near Nashville after a battle with depression, just one day before her induction into the Country Music Hall of Fame.

The news of Judd’s death broke after her daughter, renowned movie star Ashley Judd, posted about her death on Twitter.

“Today we sisters experienced a tragedy. We lost our beautiful mother to the disease of mental illness. We are shattered. We are navigating profound grief and know that as we loved her, she was loved by her public. We are in unknown territory,” her post said.

Today we sisters experienced a tragedy. We lost our beautiful mother to the disease of mental illness. We are shattered. We are navigating profound grief and know that as we loved her, she was loved by her public. We are in unknown territory.

Her daughter’s announcement was followed by a statement from her publicity management company which read, “Entertainment icon Naomi Judd passed away April 30, 2022, outside of Nashville. Her husband, Larry Strickland, of 32 years, will not be making any further statements. Naomi Judd’s family request privacy during this heartbreaking time. No additional information will be released at this time.”

Naomi Judd and daughter Wynona were best known as The Judds, a country music duo whose track record of hits spanned nearly four decades. The two had just made a return to the stage after they performed at the CMT Music Awards earlier this month.

Selling more than 20 million albums, The Judds are often celebrated for a run of 14 number one hits when each song released by RCA landed in the Billboard Top 10 during their career.

The duo was slated to be inducted into the Country Music Hall of Fame on Sunday, a ceremony which went on, despite the singer’s death.

After the news of her death was announced, Hall of Fame CEO Kyle Young released a statement saying, “Naomi overcame incredible adversity on her way to a significant place in music history. Her triumphant life story overshadows today’s tragic news. Her family has asked that we continue with The Judds’ official Hall of Fame induction on Sunday. We will do so, with heavy hearts and weighted minds. Naomi and daughter Wynonna’s music will endure.”

"We are shocked and saddened by the death of Naomi Judd, who enters the Country Music Hall of Fame tomorrow as a member of the @juddsofficial. Her family has asked that we continue with the Judds' Hall of Fame induction Sunday. We will do so, with heavy hearts."

At Sunday’s induction ceremony, her daughters, Wynona and Ashley, were present to accept the honor on behalf of their mother.

Ashley, best known for her role in films such as “Double Jeopardy” and “Kiss The Girls,” noted during the ceremony that she was “sorry that she couldn’t hang on until today” as she recounted Bible verses and expressed her deep emotions about the loss of her mother.

Wynona, who was also being inducted into the Hall of Fame, said, “I didn’t prepare anything tonight because I knew mom would probably talk the most. I’m gonna make this fast, because my heart’s broken, and I feel so blessed. It’s a very strange dynamic, to be this broken and this blessed.”

The Judds released six studio albums and an EP during their most successful years, 1984 until 1991. The duo won nine Country Music Association Awards and seven from the Academy of Country Music. Together they earned a total of five Grammy Awards. 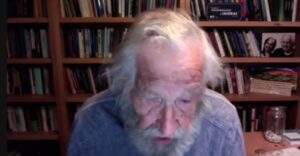