House Speaker Nancy Pelosi declined to condemn the arson attacks and vandalism of pregnancy centers and churches that have been escalating in the wake of the leaked Supreme Court opinion that would overturn Roe v. Wade.

The FBI announced on Friday that they are investigating the attacks as “potential acts of domestic violent extremism.”

While speaking at a press conference on Thursday, Pelosi was asked by a reporter about Republicans accusing Democrats of contributing to the attacks with their rhetoric.

Pelosi did not condemn the attacks or make an appeal for it to stop. Instead, she decried politicizing a woman’s “right to choose” and “make her own decisions.”

“Well let me just say this: a woman has a right to choose, to live up to her responsibility, it’s up to her doctor, her family, her husband, her significant other, and her God. This talk of politicizing all of this, I think, is something uniquely American and not right,” Pelosi said. “Other countries, Ireland, Italy, Mexico, have had legislative initiatives to expand a woman’s right to choose, very Catholic countries. I’m a very Catholic person and I believe in every woman’s right to make her own decisions.”

Speaker Pelosi just refused to condemn the radical leftist group that has claimed responsibility for a string of violent attacks and threats against pregnancy centers across the nation.

Biden’s Department of Justice must stop ignoring these crimes and take action. pic.twitter.com/elRn6Xe7HJ

Pelosi followed up by asking if there were “any other questions on another subject because I’m not gonna be talking about that anymore.”

On Monday, Cardinal Timothy Dolan of New York and Archbishop William Lori of Baltimore released a statement about the attacks on anti-abortion organizations and urged elected officials to take a stand against the violence.

“For two years now, Catholic churches have been attacked and vandalized at an alarming rate. In July of 2020, we strained to understand this violence. In October of 2021, we called on elected officials to condemn the attacks. This past January, we prayed that all religious communities would be free to worship without fear. Only rarely have the motives been clear; when they were, it was often opposition to the Church’s teachings on life in the womb,” Cardinal Dolan continued.

“Since the leak of the draft opinion in Dobbs v. Jackson Women’s Health Organization, charities that support pregnant mothers in need have been firebombed, and pro-life organizations have been attacked almost daily and terrorized, and even the lives of Supreme Court justices have been directly threatened,” the statement continued. “In light of this, we urge our elected officials to take a strong stand against this violence, and our law enforcement authorities to increase their vigilance in protecting those who are in increased danger. We thank those who have already done so, and we encourage them to continue.”

Domestic terrorism against pro-life clinics is on the rise. The second, third and fourth images are from other attacks on May 28th and June 6th on pro-life centers in Florida & North Carolina. Pro-abortion activists are promising more violence. Silence from @POTUS. Why?

In a statement released on Friday, the FBI urged people with information about the attacks to contact their local FBI field office or email tips.fbi.gov.

“The FBI is investigating a series of attacks and threats targeting pregnancy resource centers and faith-based organizations across the country,” the FBI said in a statement. “The FBI takes all threats seriously and we continue to work closely with our law enforcement partners and will remain vigilant to protect our communities.”

Catholic News Agency has released footage of members of far-left group Jane’s Revenge carrying out vandalism attack on South Broward Pregnancy Help Center in Hollywood, FL on May 28. The #Antifa group has carried out attacks on pregnancy centers across US.https://t.co/c2Mkb1RFC6 pic.twitter.com/33k2NDFlhE

A radical pro-abortion group calling themselves Jane’s Revenge has taken credit for many of the attacks, including a firebombing at a pregnancy center in Oregon. They leave a message at each target stating, “if abortions aren’t safe, neither are you.”

In a letter posted to their website on June 14, the group promised to escalate the attacks.

The website stated that “we are not one group but many.” They took credit for attacks in Madison WI, Ft. Collins CO, Reisertown MA, Olympia WA, Des Moines IA, Lynwood WA, Washington DC, Ashville NC, Buffalo NY, Hollywood FL, Vancouver WA, Frederick MA, Denton TX, Gresham OR, Eugene OR, Portland OR, “among others.”

The pregnancy center our church partners with was vandalized this week. 💔 pic.twitter.com/v5gVjgN7RE

“From here forward, any anti-choice group who closes their doors, and stops operating will no longer be a target,” Jane’s Revenge wrote. “But until you do, it’s open season, and we know where your operations are.”

Catholic Vote is tracking the attacks on churches and pregnancy centers since the draft opinion leaked in early May. As of June 17, the organization has tracked two dozen. 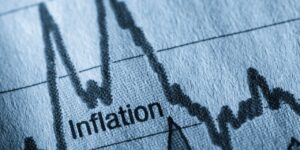 Poll: Inflation Top Concern for Over 90% of All Voters