The 81-year old Speaker has announced she will seek a 19th term in office, representing the crime-infested district of San Francisco

House Speaker Nancy Pelosi announced on Tuesday that she would be seeking reelection, ending rumors that she might retire.

“While we have made progress, much more needs to be done to improve people’s lives,” Pelosi said in a video posted to social media. “This election is crucial. Nothing less is at stake than our democracy.”

By seeking a 19th term, the 81-year old congresswoman avoids becoming a lame duck as Democrats are clinging to a flimsy majority in the House.

While we have made progress much more needs to be done to improve people’s lives. This election is crucial: nothing less is at stake than our Democracy.

But we don’t agonize-we organize. I am running for re-election to Congress to deliver For The People and defend Democracy. -NP pic.twitter.com/ojwFPOdRs3

Pelosi’s decision to seek reelection comes after news that 29 House Democrats will not be seeking reelection this year. The majority control of the House is at stake as only 13 Republicans have announced their retirement.

The GOP is positioned to take control of the House in the 2022 midterms.

In general, the party that controls the White House will typically lose seats in Congress during midterm elections.

Democrats are currently defending both chambers as President Joe Biden’s approval rating has continued to decline in the wake of Afghanistan, Ukraine, COVID, and the nation’s inflation crisis.

In her video, Pelosi does not address if she intends to seek another term as Speaker if she is successfully reelected.

Pelosi made history in 2007 when she became the first female Speaker of the House. She has served in Congress for 35 years, since 1987.

In an interview with The Associated Press earlier this month, Pelosi only hinted at another run, saying she “may” seek reelection.

Pelosi will be an overwhelming favorite in her heavily Democratic district of San Francisco. In 2020, she won reelection, garnering 78% of the vote.

The reelection bid comes at a time when her hometown has been criticized for increasing crime. The city has been hit with daytime shootings in tourist areas, widespread homelessness, and smash-and-grab thefts at high-end stores. 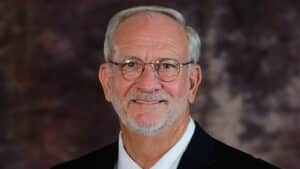