'SolarCity was, at a minimum, worth what Tesla paid for it, and the acquisition otherwise was highly beneficial to Tesla,' said the judge

On Wednesday, a Delaware judge ruled in favor of Musk, who was being sued for as much as $13 billion in fiduciary damages related to Tesla’s acquisition of SolarCity.

The lawsuit, filed in 2017, alleged that Elon Musk had unjustly enriched himself when he guided Tesla in 2016 to acquire SolarCity Corp for $2.6 billion, where Musk was chairman and the largest shareholder. Musk sat on the SolarCity and Tesla boards when the acquisition went through.

In the 132-page judgment, Vice Chancellor Joseph Slights III said the price Tesla paid for SolarCity was fair and noted that Musk did not breach his fiduciary duty to Tesla shareholders.

“The preponderance of the evidence reveals that Tesla paid a fair price — SolarCity was, at a minimum, worth what Tesla paid for it, and the acquisition otherwise was highly beneficial to Tesla,” said Slights.

Slights said Musk was more involved than would have been best. However, the fair price offered for SolarCity outweighed claims the deal was used to make Musk richer.

The judge’s ruling comes after a 10-day trial in July, which included two full days of testimony from Musk.

Musk argued that Tesla would have profited from the deal even if it had bought SolarCity and shut it down.

“The $3 billion of cash flows is 50% higher than the amount we paid,” Musk said. “Even if we had simply bought SolarCity and shut it completely down we would have gotten $3 billion in cash flows for $2 billion. This is a no brainer.”

The plaintiffs in the case believed that Musk should personally repay the $2.6 billion to Tesla for a breach of his fiduciary duties as the alleged controlling shareholder. If they had been successful, the judgment would have been one of the most significant against an individual.

The law in Delaware, where Tesla is incorporated, states that the boards of directors control companies. This gives board members discretion whether or not to approve any moves put forward by the company’s CEOs.

The plaintiffs noted in their lawsuit that the sheer weight of Musk’s celebrity-status image as Tesla’s foreman was enough to overshadow the board and put him in a position of too much influence over the purchase decision.

The lawsuit initially targeted Tesla’s entire board, but the other board members settled out of court for $60 million in January 2020. Musk was the only one who decided to fight the case.

The ruling follows the acceptance of his bid to purchase the social media giant Twitter this week. 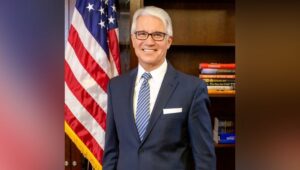