Musk Secures Another $7 Billion For Twitter Buy-Out, Including Former Opponent

Investors include the Saudi Prince who once opposed the deal, along with Larry Ellison and cryptocurrency exchange Binance

On Wednesday, Elon Musk filed additional paperwork revealing that he has secured $7.1 billion in financing as part of his effort to purchase Twitter.

In a Securities and Exchange Commission (SEC) document filed on Wednesday, the additional funding was disclosed by Musk.

Among those listed on the filing to help finance the $44 billion buyout are Saudi Arabia’s Prince Alwaleed bin Talal, who committed $1.9 billion worth of shares to back Musk’s proposed buyout.

The Saudi Prince had opposed the buyout bid, saying the price offered by Musk did not come close to the inherent value of Twitter, given its potential growth.

However, he said it was great to connect with his “new friend” Musk on Thursday. “I believe you will be an excellent leader for Twitter to propel and maximize its great potential,” he said in the tweet.

“Kingdom Holding Company and I look forward to roll our ~$1.9 bn in the ‘new’ Twitter and join you on this exciting journey,” he added.

Great to connect with you my "new" friend @elonmusk🤝🏻

I believe you will be an excellent leader for @Twitter to propel & maximise its great potential@Kingdom_KHC & I look forward to roll our ~$1.9bn in the “new” @Twitter and join you on this exciting journey

Larry Ellison, Oracle’s founder and CEO, has committed $1 billion to the Twitter deal.

Cryptocurrency exchange Binance is also listed as a financier in the SEC filing. Binance committed $500 million to the deal.

Qatar Holding and Dubai-based Vy Capital, who also invested in Musk’s other venture, The Boring Company, are also listed as part of the investor group.

The filing notes that Musk will continue to hold talks with existing shareholders of Twitter, including the company’s former chief Jack Dorsey, to contribute shares to the proposed acquisition.

As of May 4, the document notes that Musk has secured $27.25 billion in financing for the deal.

The evolution of Musk’s bid to purchase the company began in early April when the Tesla founder purchased a 9.2% stake in the social media company. Within a week, he announced his bid to buy the entire company for roughly $43 billion in cash and take the company private, delisting it from the New York Stock Exchange. However, his endeavor was met with criticism and resistance by the company’s Board.

On April 25, news of his successful bid was shared in a press release. The release said, “Twitter, Inc. (NYSE: TWTR) today announced that it has entered into a definitive agreement to be acquired by an entity wholly owned by Elon Musk, for $54.20 per share in cash in a transaction valued at approximately $44 billion. Upon completion of the transaction, Twitter will become a privately held company.” 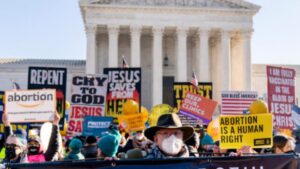 SCOTUS' Overturn of Roe v. Wade is Inevitable — In the Meantime, Move to a Red State