On Thursday, five human fetuses were discovered in the Washington D.C. home of an anti-abortion activist indicted this week on federal charges for allegedly blocking access to a reproductive clinic in 2020.

The D.C. Metropolitan Police Department found the fetuses inside Handy’s home after a tip was received stating there was “potential bio-hazard material” inside a home in Southeast D.C.

Handy occupied the home along with nine others. All of the home’s residents were indicted Wednesday by a federal grand jury. Handy and her housemates were indicted on an alleged felony conspiracy for a blockade inside a D.C. abortion clinic in October 2020.

Handy told reporters that she anticipated the raid “sooner or later.” She declined to say what was inside the coolers removed by the police. According to investigative reporter Nathan Baca, Handy said “people would freak out when they heard.”

When I asked anti-abortion activist Lauren Handy what homicide detectives pulled out of her house Wednesday, she only said, “people will freak out when they hear.” @DCPoliceDept now says it found 5 fetuses. @wusa9 pic.twitter.com/9Uvm7JY9dQ

“There doesn’t appear to be anything criminal about that — except for how they got into that house,” Benedict told reporters.

The group where she works, PAAU, posted a statement on Twitter Thursday regarding the incident, saying they would address her arrest at a press conference on April 5 at 11:30 AM EST.

Handy has a history of legal problems connected to her anti-abortion activism.

In December 2015, a D.C. charter school filed a civil complaint against her for trespassing. She was arrested for unlawful assembly outside the school earlier that same year. Various other arrests occurred from 2019 until January 2022, most involving illegal blockades of entry into public buildings.

Wednesday’s raid on her home was linked to an indictment from an incident in 2020.

The DOJ just unsealed an indictment against anti-abortion activist and "Catholic anarchist" Lauren Handy and eight other defendants for forcibly blocking a clinic in D.C. in late 2020. Handy and Goodman have charges pending in a similar case in Michigan. pic.twitter.com/pKJz6psjTJ

According to the indictment, Handy called a reproductive clinic posing as a woman named “Hazel Jenkins” who needed an abortion. Handy then scheduled an appointment for the morning of Oct. 22, 2020. When the clinic employee opened the door upon Handy’s arrival, the activist and her co-defendants pushed their way inside the clinic, knocking over the employee.

Once inside, Handy and four of her co-defendants chained themselves together on chairs, creating a blockade in front of the treatment area. The remaining co-defendants blocked the employee entrance to stop anyone else from entering the building.

Jonathan Darnel, one of Handy’s co-defendants, allegedly live-streamed the blockade. During his broadcast, he said, “We have people intervening physically with their bodies to prevent women from entering the clinic to murder their children.”

Handy hasn’t limited her anti-abortion activities to D.C. In 2019, she and another group of protesters were charged with resisting arrest at an abortion clinic in Michigan.

Timcast spoke to Handy on Feb. 5 during an anti-abortion protest organized by Witness for Life. Handy and other activists gathered outside of Planned Parenthood in the Bowery district in New York City.

She told Timcast’s Elad Eliahu that she and PAAU utilized “a wide range of tactics to dismantle the abortion industry.”

“Many people call you guys clinic harassers,” Eliahu said. “Could you tell me a little bit more about how you think about them calling you that?”

“Honestly, I don’t really care,” Handy said with a laugh.

She added: “We’re talking about the dismemberment of humans. … Is there ever a right place and time to try to stop murder? I’d say, Yes, every single chance we get. Because we’re talking about mass murder across the United States.”

It appears that Handy had chosen to take the fetuses from the clinic to conduct a proper burial for the human remains. In 2019, she shared her desire to bury the dead babies in a post on Twitter, saying that she had a “desire to liberate the bodies of aborted babies from med waste companies and give them a proper burial.”

Interestingly enough it is Sophocles’
Antigone that cemented my desire to liberate the bodies of aborted babies from med waste companies and give them a proper burial. pic.twitter.com/eVmxp9WBDv 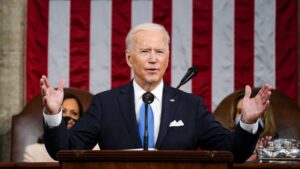