New data released by the moving company Mayflower found that Idaho experienced a higher percentage of inbound moves than any other state from July 2019 to July 2021.

Following Idaho on their list of states with the most inbound moves was South Carolina, Oregon, Tennessee, and Florida — in that order.

Mayflower’s data additionally revealed that Sarasota, Florida, saw a higher percentage of inbound migration compared to any other major metropolitan area during the same timeframe.

According to their press release, Mayflower also found:

“As the most recognized and trusted moving company in the country, Mayflower moves thousands of families each year, helping them settle into their new homes and begin to explore their identities in a new place,” said Eily Cummings, director of corporate communications, Mayflower. “With a broad network of more than 200 agencies, our recent data also points to the broader moving patterns we’re seeing among Americans during this time of great reshuffling.” 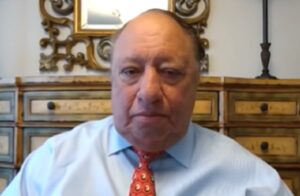