Signatories to the letter argue that publishing Justice Barrett’s book conflicts with the company’s own policies.

The letter, signed by 369 individuals, states that Random House’s parent company, Bertelsmann, says in its corporate code of conduct that it is committed to the principles of the Universal Declaration of Human Rights and the United Nations’ Global Compact.

Signatories to the letter also quote Human Rights Watch — which the writers note was founded by Ransom House’s second publisher — as saying, “the human rights on which a right to abortion access is predicated are set out in the [United Nations’] Universal Declaration of Human Rights,” contending that Random House publishing Justice Barrett’s book would be a violation of Bertlemann’s policy.

“On June 24, 2022, Coney Barrett joined Justices Alito, Roberts, Kavanaugh, Thomas, and Gorsuch in overturning the landmark ruling Roe v. Wade, dismantling protections for the human rights to privacy, self-determination, and bodily autonomy along with the federal right to an abortion in the United States,” the letter states. “International human rights organizations widely recognize abortion access as a fundamental human right and have condemned the U.S. Supreme Court’s decision.”

The UN’s Universal Declaration of Human Rights makes no reference to abortion or pregnancy. The only references the document makes to motherhood and children are under Article 25, Section 2, and Article 26, Section 3, which state (respectively):

Justice Barrett’s upcoming book is reportedly about how judges should not allow personal feelings and predilections to influence how they rule from the bench. However, the signatories to the letter believe that Justice Barrett did just that when siding with the majority in Dobbs v. Jackson Women’s Health Organization, saying the Justice inflicted a “religious and moral agenda” upon the U.S.

“Therefore, we believe that moving forward with Coney Barrett’s book places Bertelsmann and Penguin Random House both in direct conflict with their own Code of Conduct and in violation of international human rights,” the writers state.

“This is not just a book that we disagree with, and we are not calling for censorship. Many of us work daily with books we find disagreeable to our personal politics,”the writers explain. “Rather, this is a case where a corporation has privately funded the destruction of human rights with obscene profits.” 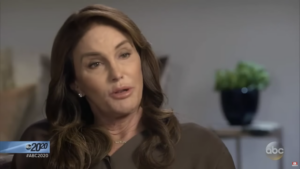