MLB and Players Reach Agreement That Could End Three-Month Lockout

Players could report to spring training as early as March 11

A three-month lockout may end after the Major League Baseball Players Association accepted a proposed deal from team owners.

While the agreement has to be formally ratified by both parties, the Players Association voted 26-12 to accept the new terms.

“Our union endured the second-longest work stoppage in its history to achieve significant progress in key areas that will improve not just current players’ rights and benefits, but those of generations to come,” MLBPA executive director Tony Clark said in a March 10 statement. “Players remained engaged and unified from beginning to end, and in the process reenergized our fraternity.”

Players with less than three years of MLB service will receive a minimum salary increase under the new agreement — rising from $570,500 to $700,00 and will eventually be increased to $780,000. The agreement also establishes a $50 million bonus pool for players.

The deal also raises the competitive balance tax from $210 million to $230 million. The tax will eventually be raised to $244 million.

“A team’s Competitive Balance Tax figure is determined using the average annual value of each player’s contract on the 40-man roster, plus any additional player benefits,” notes the MLB.

The MLB playoffs will move from 10 teams to 12 teams under the new deal.

If the players and owners had not negotiated an agreement, the MLB would have been forced to begin canceling games for the upcoming season which is scheduled to open on April 7. Opening Day of the 2022 season was originally scheduled for March 31.

The lockout lasted a total of 99 days. The previous collective bargaining agreement expired on Dec. 2, 2021.

According to Forbes, “the MLB lockout is the first work stoppage in major American professional sports leagues since 2013 and the MLB’s first since 1994-95, which caused the cancellation of the 1994 postseason.”

The season will have the standard 162-game schedule.

“I am genuinely thrilled to be able to say that Major League Baseball is back and we’re gonna play 162 games,’’  Rob Manfred, the MLB commissioner, told the media from the organization’s headquarter on March 10. 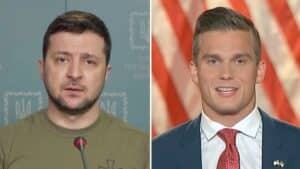