A school district in Missouri has voted for a four-day work week as officials cope with budget pressures and teacher shortages.

Starting in the 2023-24 school year, pre-K through 12th grade students in the Independence School District will attend classes from Tuesday through Friday.

Monday will be an optional learning day. Each day with classroom instruction will be increased by 35 minutes per day.

“I understand that this is a difficult choice,” Superintendent Dale Herl told the Kansas City Star. “But at the end of the day, what we really have to remain focused on is what the primary focus of a school district is. Most would agree it is to provide the best educational opportunities for students. The way to do that is to have the best employees.”

The new schedule has received mixed reactions from parents and staff. Some are welcoming the extra day off, while others have concerns over declines in student learning and families that cannot afford an extra day of child care.

“As a board and district [member], I can promise you we will work tooth-and-nail, as hard as possible, on potential issues that are concerning to me,” board member Blake Roberson told the Star. “To make sure students do not fall through the cracks. I want to be concerned about the less fortunate, about the homeless in the Independence school district, the vulnerable and impoverished.”

He also stated that the four-day week was “well thought-out, provides great support on the fifth day for families who need services and opportunities for district staff to have better work-life balance.”

As of 2020, there were 25 states that had at least one district using a four-day school week, according to the National Conference of State Legislatures (NCSL).

Some studies have shown that while a four-day week is popular among parents and students, there can be tradeoffs that show up in learning, according to Education Week. Researchers have found that districts which implemented a four-day week saw “slower rates of student progress than similarly situated districts that retained a five-day schedule,” Education Week says. 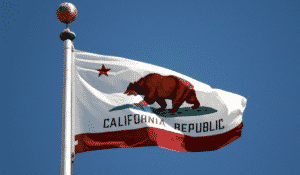