'Some may say the government should not restrict a minor's ability to do irreversible harm to their bodies,' said the bill's sponsor

A Missouri House bill aims to block access to gender transition therapy and procedures for transgender youth, effectively ending health insurance coverage for the treatments and putting the medical licenses of providers in jeopardy.

Senate Bill 843 would establish the “Missouri Save Adolescents from Experimentation (SAFE) Act.”

According to the bill, physicians and health care providers in the state may not provide “gender transition procedures,” including puberty blockers or hormones, to any individual under 18 years old.

Providers who continue offering or recommending gender transitioning care to minors would be subject to disciplinary action. Physicians could potentially have their medical licenses rescinded.

“Any referral for or provision of gender transition procedures to an individual under eighteen years of age is unprofessional conduct and shall be subject to discipline by the appropriate licensing entity or disciplinary review board with competent jurisdiction in this state,” the measure states.

The proposed bill also forbids the state’s Medicaid program from reimbursing or providing coverage for gender transition care to minors.

The bill states that public funds “shall not be directly or indirectly used, granted, paid, or distributed to any individual, entity, or organization that provides gender transition procedures to an individual under eighteen years of age.”

Senator Mike Moon, who sponsored the Missouri bill, said, “Some may say the government should not restrict a minor’s ability to do irreversible harm to their bodies.” He made it clear that he sees a disparity in allowing children to make decisions on life-altering medical procedures when unable to make other mature decisions.

Arkansas became the first state to pass such a bill into law, successfully passing the SAFE Act through the legislature. Seventeen states have already introduced legislation banning gender transition procedures for minor children this year. 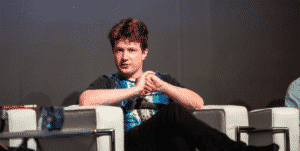