A mayor in Mississippi is allegedly withholding $110,000 in approved funds from county libraries until they remove all “homosexual literature” from their locations.

The library system director, Tonja Johnson, claims that she questioned why he was withholding the money and the mayor told her it was because the libraries carried LGBTQ books that contradicted his “Christian beliefs.”

“He explained his opposition to what he called ‘homosexual materials’ in the library, that it went against his Christian beliefs, and that he would not release the money as the long as the materials were there,” Johnson told the local newspaper, Mississippi Free Press.

Johnson criticized the mayor, stating that the library system is a public entity rather than a religious organization and serves the entirety of the Madison County community.

“I explained that we are a public library, and we serve the entire community. I told him our collection reflects the diversity of our community,” Johnson said.

Johnson said that the mayor told her, “the library can serve whoever we wanted, but that he only serves the great Lord above.”

“This is taxpayer money that was already approved by the board of aldermen,” Johnson explained. “It was included in the city budget for 2021-2022. It’s the general-fund appropriation that the City of Ridgeland sends every year for daily operation of the library. That money goes to everything from purchasing materials to supporting programs and staff salaries.”

The mayor’s office did not respond to the Mississippi Free Press interview requests this week.

The news outlet reported McGee was absent from a Board of Alderman meeting on Tuesday at Ridgeland Library.

The board confirmed that the funding was already set aside for the library. They said the mayor did not have any legal authority to withhold the funds as part of a dispute over the libraries’ catalog of literature.

Bob Sanders, who attended the Tuesday meeting, disagrees with the mayor’s actions and said he had no right to withhold the funding approved by the city’s alderman.

Johnson said withholding the $110,000 of funding would “definitely impact services.” The funds represent roughly 5% of the library system’s annual budget. She added that if the mayor continues to circumvent the board’s approval, the library will seek legal action in the matter.

Without the support of the city’s aldermen, it is unclear if the mayor can continue to withhold the funding. 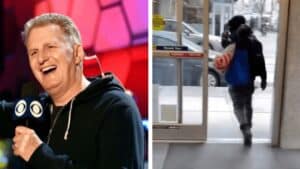