No arrest has been made in connection with the incident, which occurred on Feb. 9

A school bus driver is expected to survive injuries sustained after being shot in the head while taking students home.

Officers from the Minneapolis Police Department responded to the shooting a 2:15 P.M. on local time on Feb. 9. The driver was transported to a local hospital.

No identifying details about the driver were released to the public due to the violent nature of the crime.

Three elementary school students were on the bus at the time of the shooting. They are all under the age of 10. None were injured as a result of the incident. Officers escorted the children home.

Members of the city’s assault unit, shoot team, and crime lab were called to the scene near 37th and Girard Ave N near Folwell Park,

Data from local law enforcement agencies indicates the neighborhood has approximately 8,493 criminal incidents for every 100,000 people. This includes 3,596 incidents of violent crime per 100,000 people — about three times that of Minneapolis in general.

Video of the scene shows a single bullet hole in the bus’s front windshield at an intersection of a residential neighborhood, per Fox News. A tow truck removed the vehicle from the scene

It is currently unclear if the driver of the school was the gunman’s intended target or the incident was a result of a stray bullet.

No arrests have been made at this time. Authorities say an investigation is ongoing. 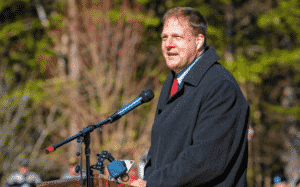