A law that made performing an abortion a felony offense in Michigan has been declared unconstitutional by a judge.

While the law was originally passed in 1931, it was made dormant following the Supreme Court decision in 1973’s Roe v. Wade. The Court’s overturning of that ruling on June 24 called into question the previous law’s legal status.

Planned Parenthood Michigan and Dr. Sarah Wallet sued the state on April 7, arguing the law violated the Due Process, Equal Protection, and Retained Rights provision of the Michigan constitution. The plaintiffs were granted a preliminary injunction on May 17.

On Sept. 7, Judge Elizabeth Gleicher found that enforcing the law “will endanger the health and lives of women seeking to exercise their constitutional right to an abortion.”

She wrote that the law “is facially unconstitutional because its enforcement would deprive pregnant women of their right to bodily integrity and autonomy, and the equal protection of the law.”

“Enforcement also threatens pregnant women with irreparable injury because without the availability of abortion services, women will be denied appropriate, safe, and constitutionally protected medical care,” she added in her 39-page opinion.

Gleicher affirmed that the policy, known as MCL 750.14, violates the Michigan Constitution’s Equal Protection and Due Process Clause. She found that a permanent injunction was necessary because the law “is a wholesale denial of their fundamental right to an abortion.”

Planned Parenthood of Michigan celebrated the ruling as a “critical victory for abortion access in a post-Roe v. Wade world.”

“We are proud to have won this victory on behalf of Michigan abortion providers and the patients who depend on us for care,” said Wallet, the Chief Medical Operating Officer for Planned Parenthood Michigan, in a statement. “Today’s Court of Claims ruling will ensure that Michiganders can continue to make deeply personal decisions about their health, lives, and futures without interference from state officials.”

She added, “I am grateful to every Michigander who has joined in this fight and to every provider who has continued to serve patients during this period of chaos and uncertainty.”

“The duty of a state is to uphold laws that protect the health and welfare and safety of the people and so it’s really sad to see the governor and the attorney general of Michigan refusing to enforce the laws they have sworn to uphold,” attorney Denis Harle of the Alliance Defending Freedom told Fox 2 in August.

“There’s nothing in the Michigan Constitution that mentions abortion,” the organization wrote. “Gleicher knows this because she lost at the Court of Appeals in 1997 when she asked them to create a right to abortion; they obviously said ‘no’ because it doesn’t exist.” 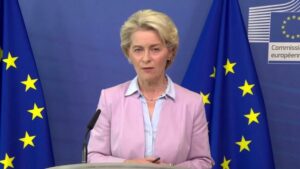