Smoking is already banned in public spaces and government offices

Mexico issued a complete ban on the sale of e-cigarettes.

President Andrés Manuel López Obrador signed a decree on May 31 that expanded the government’s anti-vaping measures.

The new regulation prohibition was enacted on World No Tobacco Day.

“The vapors are also harmful for health,” said López Obrador in his announcement. He showed a pink vape device to the press.

“Look at the color, the design,” López Obrador said, noting that products were designed to appeal to young people.

In addition to ending sales, e-cigarette or vape products cannot be marketed in Mexico under the new policy.

The government had already banned the importation of e-cigarette devices and heated tobacco products through an executive decree in February of 2020. The ban did not prevent stores with the products already in their inventory from continuing to sell the items.

The constitutionality of the ban was later challenged in the nation’s Supreme Court.

“Mexico’s Supreme Court of Justice declared article 16 of the General Law for the Control of Tobacco, which prohibited the commercialization of vaporizers in the country, unconstitutional on October 19 on the basis that it damages free trade,” reported Mexico Business News in 2021. “While the Supreme Court’s ruling results in a case law providing protection for those being persecuted for the violation of the prohibition, it does not outright legalize the commercialization of vaporizers either, pushing the products further into the grey area they have found themselves in.”

Following the president’s decree, Mexico City issued a ban on smoking in the Zocalo, the city’s main square, as well as its historic districts. The city government said the ban was intended to raise awareness about the dangers of smoking, per AFP.

Lawmakers are also considering a ban on smoking at beaches, entertainment venues and stadiums, according to Deutsche Welle.

“Tobacco control efforts in Mexico have shown positive results, with the national smoking rate declining from 28 percent in 1990 to 16 percent in 2017,” noted The Union, a lung health organization that was founded in 1920.

Vaping advocates say the practice is less harmful than smoking and, in some cases, can help people trying to give up cigarettes. Some health authorities including the World Health Organization have refuted these claims saying e-cigarettes are harmful to health.

“There is a growing body of evidence in some countries that never-smoker adolescents who use [electronic nicotine delivery systems] at least double their chance of starting to smoke cigarettes later in life,” the agency noted in 2020. “Exposing children and adolescents to nicotine can have long-lasting, damaging effects on brain development and lead to nicotine addiction.”

The WHO estimates that over 1 billion adults use e-cigarettes or vape devices. 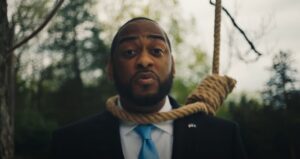