A community development manager at Facebook’s parent company Meta was busted trying to meet a 13-year-old boy during a live “To Catch a Predator” style sting.

Jeren Miles, 35, admitted on camera to sending inappropriate messages to a person he believed to be a child — and planned to meet him at a hotel.

Instead, Miles was met by anti-pedophile activists with the YouTube channel “Predator Catchers Indianapolis,” who livestreamed the meet-up.

This is so wild. Facebook/Meta’s Manager of Community Development, Jeren A. Miles, was allegedly caught in an amateur child sex sting. YouTube channel “Predator Catchers Indianapolis” live-streamed their interrogation of him. Read my breaking report:https://t.co/V0iePnkwKR pic.twitter.com/D1aw1BDdeP

“Miles serves on the board of directors for LGBTQ+ group, Equality California. He has since completely deleted his social media accounts on LinkedIn, Twitter, Instagram and Facebook. Miles previously worked as the Director of Community Affairs for Lyft, according to an archive on LinkedIn,” Andy Ngo reports.

A Meta spokesperson confirmed to the Daily Caller News Foundation that the man was a Meta employee, and was no longer with the company.

“The seriousness of these allegations cannot be overstated,” the spokesperson told the DCNF. “The individual is no longer employed with the company. We are actively investigating this situation and cannot provide further comment at this time.”

In the video, Miles claimed that he never intended to actually meet the boy.

“I was flirting, I was talking to him,” Miles admitted, but claimed, “there was never any intention of meeting up with him.”

The activists told him, “you’re a very evil man.”

However, he later admitted that he did provide a location to meet.

The full confrontation can be viewed here: 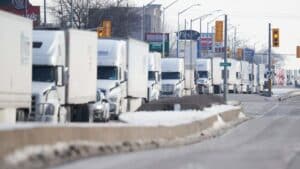