'It feels as if we have returned to being bullied by a bigger kid on the playground,' a TikTok employee told Timcast

Facebook parent company Meta hired one of the largest politically-backed consulting firms in the nation to create a nationwide campaign to build public distrust of TikTok.

Targeted Victory has worked to undermine TikTok, the fastest growing social media platform globally, through a national media and lobbying campaign that portrays the video networking service as a danger to American children and society.

“We have been very aware of Facebook’s effort to malign and damage the credibility of TikTok,” Marissa Lee, a regional market manager for TikTok, told Timcast. “It feels as if we have returned to being bullied by a bigger kid on the playground. However, we have decided we will not choose any form of retaliation, but rather focus on continuing to grow and dominate the social media landscape.”

As part of their campaign, Targeted Victory has placed op-eds and letters to the editor in regional news outlet, promoted far-fetched stories about alleged TikTok trends that originated on Facebook, and enticed politicians into helping damage Meta’s biggest competitor.

The Washington Post first reported details of the dubious campaign after it obtained internal emails from employees of Targeted Victory.

In an email from February, the firm was told it needed to “get the message out that while Meta is the current punching bag, TikTok is the real threat especially as a foreign-owned app that is #1 in sharing data that young teens are using.”

Last year, an internal report was leaked by whistleblower Frances Haugen. The report noted that teens were spending “2-3X more time” on TikTok than Instagram and that Facebook’s popularity among young people had plummeted.” The report expressed concern from the leadership of Facebook that TikTok was becoming a threat to its viability.

Targeted Victory leadership asked employees for ideas on local political reporters who could serve as a “backchannel” for anti-TikTok content. The request was made in an internal email, stating the firm “would definitely want it to be hands-off.”

The firm placed a lot of focus on curating local media stories connecting TikTok to dangerous teen trends. “Any local examples of bad TikTok trends/stories in your markets?” an employee asked in one of the emails obtained by the Washington Post.

“Dream would be to get stories with headlines like ‘From dances to danger: how TikTok has become the most harmful social media space for kids,'” the email said.

Local employees and contractors of Targeted Victory were encouraged to promote any alleged TikTok trends in their regional markets to pressure lawmakers to take action against the social media platform.

In October, the firm began sharing an alleged “Slap a Teacher TikTok challenge” trend in Hawaii’s local news. However, the alleged challenge did not exist on TikTok. According to a series of Facebook posts first documented by Insider, the alleged rumors started on Facebook.

On March 12, a letter to the editor ran in the Denver Post was sent from a “concerned” parent claiming that TikTok was harmful to children’s mental health. The letter raised concerns over its data privacy practices and said that “many people even suspect China is deliberately collecting behavioral data on our kids.” The letter supported Attorney General Phil Weiser’s participation in a group of state attorneys general investigating TikTok’s impact on American youths in a bid to put political pressure on the company.

However, according to the internal emails, the letter was orchestrated by employees from Targeted Victory.

The firm, which has been a regular advisor to Facebook officials since its inception, was launched as a Republican digital consulting firm by Zac Moffatt — the digital director for Mitt Romney’s 2012 presidential campaign.

Targeted Victory is one of the largest recipients of Republican campaign spending. According to data compiled by OpenSecrets, the firm earned over $237 million in 2020.

The firm has been a favored resource for many Republican lawmakers and candidates. Its website states that Targeted Victory brings “a right-of-center perspective to solve marketing challenges” and can deploy field teams “anywhere in the country within 48 hours.” 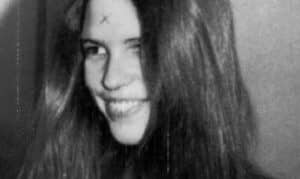