Anna Netrebko will be replaced with a Ukrainian singer

Russian opera singer Anna Netrebko will no longer perform with the Metropolitan Opera because of her support of President Vladimir Putin.

She is considered one of the New York company’s top singers and audience favorites.

“It is a great artistic loss for the Met and for opera,” said Met General Manager Peter Gelb in the company’s announcement. “Anna is one of the greatest singers in Met history, but with Putin killing innocent victims in Ukraine, there was no way forward.”

The Met said that Netrebko had been asked to “repudiate her public support for Vladimir Putin while he wages war on Ukraine.”

Gleb said last week that the Met would not work with any artist that supported the Russian president.

Netrebko was honored by Putin in 2008 as the People’s Artist of Russia. She donated 1 million roubles to the opera house in Donetsk, a Ukrainian city currently controlled by protestors supportive of Russia. The amount is approximately $8,936 USD based on current exchange rates but was then closer to $18,500.

During the press conference announcing her donation, Netrebko posed with political leaders while holding a Novorussian flag, a separatist flag used by a collection of territories seeking independence from Kiyv.

“I have a lot of musician friends in Donetsk, we have been writing to each other a lot, and they told me the theatre was sacred for them, and the building had been partly damaged. I decided that I wanted to help as much as I can. I think it’s the right thing to do because art is art, and helps us get through all situations,” Netrebko said at the event.

Netrebko, 50, is one of the world’s most successful opera singers. She has dual citizenship in Russia and Austria, where she resides.

In February, she released a statement on an Instagram account she shares with her husband, Yusif Eyvazov, denouncing Russia’s invasion of Ukraine.

“First of all: I am opposed to this war. I am Russian and I love my country but I have many friends in Ukraine and the pain and suffering right now breaks my heart,” Netrebko said. “I want this war to end and for people to be able to live in peace. This is what I hope and pray for.”

“I want to add … that forcing artists, or any public figure to voice their political opinions in public and to denounce their homeland is not right,” the singer continued. “This should be a free choice … I am an artist and my purpose is to unite across political divides.”

The announcement came days after the soprano was forced to cancel a Feb. 25 performance in Denmark after criticism of her connection to Putin sparked threats of a protest, per Opera Wire.

She will no longer take part in the April and May performances of Puccini’s Turnadot. The Met instead will replace her with Ukrainian soprano Liudmyla Monastryrska. 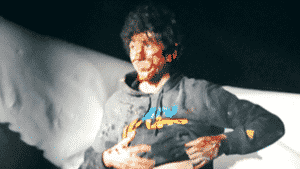