The jury deliberated for four hours before returning their verdict

Three Georgia men were found guilty of violating federal hate crime laws for their role in the death of Ahmaud Arbery in February 2020.

The men were convicted of felony murder and additional charges in November of 2021.

A cellphone recording of the incident captured the McMichaels — a father and son — pursuing Arbery as he ran through their neighborhood near Brunswick, Georgia. Their neighbor, Bryan, recorded the incident and was also a part of the chase.

Ultimately, the men blocked Arbery with a pick-up truck. The recording show Arbery reaching for the shotgun Travis McMichael was carrying. After a struggle, the younger McMichael shot the 25-year-old.

Following the murder trial in Georgia state court, the McMichaels asked to be sent to federal prison, rather than a state prison. Arbery’s parents opposed the plea deal and U.S. District Judge Lisa Godbey Wood rejected the request, per CBS News.

The men were then tried on federal hate crime charges filed by the U.S. Justice Department. The government contends the men targeted Arbery because of his race and therefore violated his civil rights.

The mens’ defense team argued during the trial that they were not motivated by racial bias nor had they targeted Arbery because he was black. They said the men had acted because Arbery was observed committing crimes in their neighborhood.

Prosecutor Christopher Perras rejected this claim and described the men’s motivation as “pent-up racial anger.” He also said that videos capturing Arbery inside of a home that was under construction on multiple occasions did not prove the deceased had committed any crimes.

The attorneys debated the implication of the McMichaels’ past social media posts and whether the messages indicated the defendants’ prejudices.

In her closing argument, Travis McMichael’s lawyer, Amy Lee Copeland, said, “The government hasn’t proved beyond a reasonable doubt that race was a motivating factor.”

The jury deliberated for four hours before returning their decision to the court.

The McMicheals were sentenced to life in prison while Bryan received the possibility of parole after 30 years for his involvement in the crime. 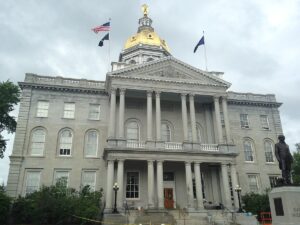