Hope Solo expressed her dissatisfaction with the current state of the team in an interview with Goal.com.

“I think the kneeling thing can be very divisive. I’ve seen Megan Rapinoe almost bully players into kneeling because she really wants to stand up for something in her particular way,” she said.

The players were teammates for ten years before Solo retired in 2016 following several public scandals.

“She was charged with assaulting two of her family members in 2014, and in 2016 was suspended by the USWNT for calling the Swedish national team a ‘bunch of cowards’ after a penalty shootout in the Olympics,” reports The New York Post.

Rapinoe’s political statement and gestures have also concerned her sponsors. A group of Subway franchisees have asked for her to be dropped from a new ad campaign because of her kneeling protest during the Tokyo Olympics.

The Women’s Olympic soccer team was initially favored to win a gold medal but closed the games in third place.

“At the event hosted by the North American Association of Subway Franchisees, franchisees discussed removing Rapinoe from a new ad where she kicks a soccer ball at a person holding a burrito, citing complaints they have received from their customers about her,” says The Washington Examiner. “The Subway company doesn’t own any of its nearly 22,000 stores but charges franchisees 4.5% of their revenue for the use of its brand and national advertising campaigns.”

A franchisee from Arizona said, “Spending our money to make a political statement is completely and totally out of bounds.”

Rapinoe, 36, is reportedly considering what is next for her career.

“Just in terms of my whole career, I don’t really know yet. I need to take some time to think about it,” Rapinoe said on ESPN‘s Spain and Fitz show when asked about her possible retirement.

Originally from Redding, California, Rapinoe graduated from the University of Portland in 2008 with degrees in Sociology and Political Science. 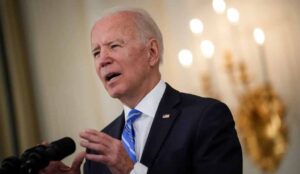