During a 30-minute press briefing on Friday, President Biden failed to clearly answer any questions surrounding his exit strategy from Afghanistan.

At one point, the Commander-in-Chief launched a three-minute, incoherent response when simply asked if Americans could safely get to the airport in Kabul.

“You said there’s no circumstances where American citizens cannot get to the airport. That doesn’t square with the reporting on the ground. Are you saying any American who wants to get to the airport can get there?” asked one journalist from the press pool.

“I thought the question was, how can they get through the airport, outside the airport, the answer is, to the best of our knowledge, the Taliban checkpoints, they are letting through, people … That’s why we had to, I guess yesterday, or the day before? We went over the wall, and brought in, how many?” Biden said.

The President made similar comments when speaking with ABC News earlier this week.

“The commitment holds to get everyone out that, in fact, we can get out and everyone that should come out. And that’s the objective. That’s what we’re doing now, that’s the path we’re on. And I think we’ll get there.” 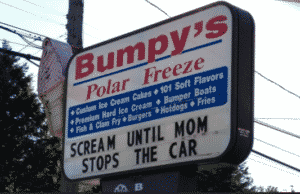