House Minority Leader Kevin McCarthy (R-CA) and other Republican members of Congress sent a letter to President Biden on Monday requesting a meeting to find a solution for the ongoing crisis in Cuba.

The letter stated that the “United States can change the course of human history for the better,” but warned Biden that this opportunity could be “squandered [by] a failure to lead.”

The letter recounted Fidel Castro’s violent, dictatorial rule over the Cuban people “with an iron fist,” noting Communism’s responsibility for the deaths of hundreds of millions of people worldwide, including Cuba.

“The Castro regime spent the past sixty-eight years brutalizing the Cuban people, committing heinous acts of torture and repression, suppressing the Cuban people’s freedoms of speech, assembly, and religion, and becoming a bastion of totalitarianism, all a mere 90 miles off the coast of the United States,” the lawmakers wrote.

“After years of torment, arbitrary imprisonments, brutality, corruption, and human rights abuses, the Cuban people have taken to the streets in protest. On July 11, 2021, the largest protests in years broke out in the towns and cities of Cuba. Sadly, but unsurprisingly, the communist regime decided to block access to the Internet, brutally suppress the protests by attacking and jailing protestors, and refuse to acknowledge the Cuban people’s desires for a better life and freedom. However, the Cuban people and their allies in Congress refuse to be deterred.”

The letter continued: “We must support our Cuban brothers and sisters as they seek to take control of their future and liberate themselves from the communist malignancy … we are concerned that this pivotal moment is being squandered by indecision, bureaucracy, and a failure to lead.”

The letter concluded by requesting a meeting with President Biden to discuss how his administration can help liberate the Cuban people from the communist regime. 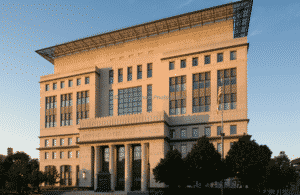 West Virginia Opioid Lawsuit Will Be the First of Thousands