Matthew McConaughey Scraps Plan to Run for Texas Governor, Despite Polls Showing He Would Win

Oscar-winning actor Matthew McConaughey has announced that he will not be running for Texas governor — despite recent polls showing that he would win.

McConaughey, a resident of Austin, had been exploring the idea for years.

“Over the past two years, I’ve been working on the answer to the question of how I can be most useful in this life going forward,” the actor said in a video posted to Twitter. “One category of service I’ve been exploring is politics. Been considering a run for governor of Texas.”

While considering the effort, McConaughey said that he was “listening and been learning, been measuring and studying Texas politics and American politics.”

The Magic Mike actor said that though the concept of running was “humbling and inspiring,” it is not something that he is going to do “at the moment.”

“As a simple kid born in the little town of Uvalde, Texas, it never occurred to me that I would one day be considered for political leadership. It’s a humbling and inspiring path to ponder. It is also a path that I’m choosing not to take at this moment,” McConaughey said.

McConaughey said that instead of running for office, he will be supporting “entrepreneurs, businesses, and foundations” he believes are “creating pathways for people to succeed in life.”

“To the leaders and the servants out there and the leader and servant in each one of us, cheers to you,” he said. “In the meantimes and all times and until next time, just keep living.”

The Daily Caller noted that “a November poll by the Dallas Morning News and the University of Texas Tyler showed McConaughey beating both incumbent Republican Gov. Greg Abbott and former Democratic presidential hopeful Beto O’Rourke in head-to-head matchups. In a three-way race, Abbott was able to slightly outmatch the other two.” 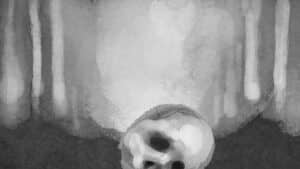