Russian cruise missile and drone strikes targeted critical infrastructure in Kyiv on Oct. 31, leaving 80 percent of the city’s residents without access to water.

“The Kremlin is taking revenge for military failures on peaceful people who are left without electricity and heat before the winter,” Kyiv region Gov. Oleksii Kuleba said, according to the Associated Press (AP).

Russian President Vladimir Putin told reporters that the attacks were in large part a response to Ukranian aerial and underwater drone attack attempts two days prior.

In the attack on Kyiv, Russia fired more than 50 cruise missiles, 44 of which were shot down by Ukranian forces. Following the attack, most of the city’s residents were left without water due to damage sustained by one of the city’s power facilities.

By nightfall, only 40 percent of the city’s residents were without water.

“It is really inconvenient,” a 34-year-old resident, named Denis, told the AP. “But the truth is, it’s not a problem. The problem is we have a war.”

Russia’s missile attack marked the 250th day of the war.

“Ukraine must guarantee that there will be no threats to civilian vessels or to Russian supply vessels,” Putin said on Monday, noting that under the terms of the grain deal Russia is responsible for ensuring security, according to Reuters.

Moscow’s barrage of missiles did not stop 12 ships carrying grain from safely leaving Ukrainian ports through a deal negotiated in July to help ease global hunger.

As part of the program, Russia was to escort cargo ships through the Black Sea, but Moscow says — following the Oct. 29 Ukrainian drone attack attempt — that it would be halting its participation in the program.

He added, “This is not a bilateral issue between Russia and Ukraine” before noting that 66 percent of the wheat exported under the program goes to developing countries. 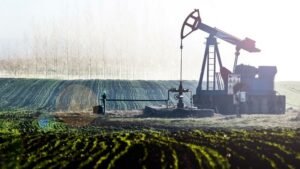