Bishop Robert J. McManus of the Diocese of Worcester has stated that a middle school can no longer refer to itself as Catholic after refusing to take down Black Lives Matter and LGBTQ Pride flags.

The Nativity School of Worcester is a free religious-based school for low income boys in fifth through eighth grade.

According to the school, the Bishop had told them to remove the flags in March and two weeks later they were ripped down by an unknown vandal.

In April, Bishop McManus wrote an open letter about the school’s flags, writing “is the school committing itself to ideologies which are contrary to Catholic teaching? If so, is it still a Catholic school?”

The Bishop wrote that while “all lives are equal before God and the law and that all lives demand our respect regardless of race, gender or ethnicity,” the flags are used to represent movements that are inconsistent with Catholic teachings.

The letter stated that, “the flag with the emblem Black Lives Matter has at times been coopted by some factions which also instill broad-brush distrust of police and those entrusted with enforcing our laws. We do not teach that in our schools. And, while we teach that everyone is created in the image and likeness of God, gay pride flags are often used to stand in contrast to consistent Catholic teaching that sacramental marriage is between a man and a woman.”

On Thursday, Bishop McManus wrote an official decree stating that “the flying of these flags in front of a Catholic school sends a mixed, confusing and scandalous message to the public about the Church’s stance on these important moral and social issues.”

“As Diocesan Bishop, it is my sacred duty and inherent responsibility to determine when a school claiming to be ‘Catholic’ is acting in such a way that is contrary to the teachings of the Catholic Church and disregards my legitimate authority as the guardian and overseer of Catholic education in the Diocese of Worcester,” Bishop McManus wrote. “Despite my insistence that the school administration remove these flags because of the confusion and the properly theological scandal that they do and can promote, they refuse to do so. This leaves me no other option but to take canonical action.”

The Bishop added that after “prayerful consideration of this matter,” the Nativity School of Worcester is “prohibited from this time forward from identifying itself as a ‘Catholic’ school and may no longer use the title ‘Catholic’ to describe itself.”

The decree is to go into effect immediately.

Additionally, mass, sacraments and sacramentals are “no longer permitted to be celebrated on Nativity School premises or be sponsored by Nativity School in any church building or chapel within the Diocese of Worcester,” they can no longer fundraise through diocesan institutions, and the name of Bishop Emeritus Daniel P. Reilly must be removed from the list of the Board of Trustees.

School President Thomas McKenney said in a letter to families that they will be appealing the decision.

McKenney explained that, “in January 2021, Nativity started flying the Pride and Black Lives Matter flags following our students’ (the majority of whom are people of color) call to express support for making our communities more just and inclusive. As a multicultural school, the flags represent the inclusion and respect of all people. These flags simply state that all are welcome at Nativity and this value of inclusion is rooted in Catholic teaching.”

“Both flags are now widely understood to celebrate the human dignity of our relatives, friends and neighbors who have faced, and continue to face hate and discrimination. Though any symbol or flag can be co-opted by political groups or organizations, flying our flags is not an endorsement of any organization or ideology, they fly in support of marginalized people,” the letter continued.

While they appeal, the Nativity school will continue to fly the flags.

“Nativity will seek to appeal the decision of the Diocese to remove our Catholic identity through the appropriate channels provided by the Church in circumstances like this,” McKenney said. “At the same time, after meaningful deliberation and discernment by its Board, leadership team, faculty, and partners, Nativity will continue to display the flags in question to give visible witness to the school’s solidarity with our students, families, and their communities. Commitment to our mission, grounded and animated by Gospel values, Catholic Social Teaching, and our Jesuit heritage compels us to do so.” 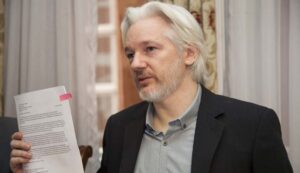