Through the Center for Tech and Civic Life, Zuckerberg gave $8.8 million to five cities to facilitate in-person and absentee voting in 2020

The money was directed to five Democratic areas of the state, according to a report submitted by the counsel to the Wisconsin Assembly on March 1.

Supreme Court Justice Michael Gableman was appointed to lead an investigation into election integrity concerns regarding the 2020 presidential election.

The special counsel said its objective was to honor “the duty of all citizens of our State and our nation to work hard to secure our democracy for this generation and the next.”

The latest report submitted to the Assembly “is final in the sense that it provides a list of recommendations with time for the Legislature to act before the close of its session in March.”

In the 136-page document, the counsel states Milwaukee, Madison, Racine, Kenosha, and Greenbay accepted $8.8 million in Zuckerberg Plan grants from the Center for Tech and Civic Life.

As a condition of receiving the money, the cities had to use the funds to facilitate in-person and absentee voting and abide by the Wisconsin Safe Voting Plan.

The agreement was a violation of Wisconsin Statue § 12.11, according to the report. Under the law, it is illegal to offer anything of value to or for any person to convince any elector to go to the polls or vote.

“The CTCL agreement facially violates the election bribery prohibition of Wis. Stat. § 12.11 because the participating cities and public officials received private money to facilitate in-person or absentee voting within such a city,” the special counsel noted. “Any similar agreements in the 2022 and 2024 election cycle would also be prohibited election bribery.”

The CTCL is a private company with headquarter in Chicago.

The five counties that accepted the funding, which was created by a grant from Mark Zuckerberg and his wife Priscilla Chan, then “operated Democratic get-out-the-vote efforts,” reports The Federalist.

“Those grant funds then paid for illegal drop boxes to be placed in Democratic voting strongholds,” per the outlet.

Additionally, because the terms of the agreement target specific voters, the special counsel argues the counties violated the equal protection clause of the U.S. Constitution.

Gableman testified for three hours on March 1 and said the Assembly should “take a very hard look at the option of decertification” of the 2020 presidential election.

State lawmakers had a mixed reaction to Gableman’s report.

“Still not legal under Wisconsin law,” Republican Assembly Majority Leader Jim Steineke tweeted. “Beyond that, it would have no practical impact b/c there is no Constitutional way to remove a sitting president other than through impeachment or incapacity. Fools errand. Focus on the future.”

Democratic Governor Tony Evers called the report a “circus” and a “colossal waste of taxpayer dollars” before urging the Assembly to end the investigation, per the Stamford Advocate.

Claims that Zuckerberg’s grant money was illegal had been previously rejected by Wisconsin election officials in December. 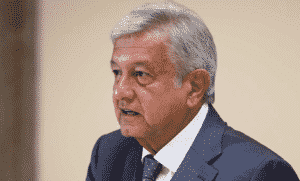 Mexico Will Not Issues Economic Sanctions Against Russia, Cites Desire for ‘Good Relations’