One of the co-founders of March For Our Lives has asked that people organize protests at United States Embassies in support of gun regulations.

David Hogg, a student at Florida’s Marjory Stoneman Douglas High School during the 2018 shooting that killed 17 people, helped found the youth-oriented, gun-control organization. March For Our lives currently plans to demonstrate on June 11 in Washington D.C. in the wake of recent shootings, including the attack at Robb Elementary School in Texas.

“You can help us get action on gun violence- hold a march outside your US embassy June 11th demanding our government do something about gun safety,” Hogg wrote on Twitter on June 4.

“The more protests we can get outside US  embassies the better,” he added. “We must make the fact that our government has done nothing to protect our kids even more of an international embarrassment.”

The June 11 protest at the Washington Monument is being planned in partnership with the American Federation of Teachers and the National Education Association.

“We need people to show that we’re not going to accept this as normal,” Hogg told Oprah Winfrey during an interview about the upcoming event.

“If we can stop one more Parkland or save one more future astronaut or honor roll student or T-ball player, it’s worth it,” Hogg added. “I refuse to believe that as a country, we have to accept mass shootings and daily gun violence and gun suicides constantly.”

Hogg announced in February that he would be taking a leave of absence for his position in March For Our Lives after publicly fighting with My Pillow founder Mike Lindell and announcing he would be starting his own pillow company, Good Pillow. Members of the activist organization, including co-founder Cameron Kasky, were unhappy Hogg was seemingly using the fame he garnered after the Parkland shooting for his own gain.

But, welcome to America, everything ends up a grift.

“Fellow activists who do not have the platform or privilege that I have reminded me that this work takes unwavering commitment,” Hogg wrote in a statement shared online. “I want you all to know that I am still, and always will be, committed to ending gun violence. With some time and space, I know that I’ll come back to this work more engaged and aligned with the movement as a whole.”

Hogg currently describes himself on Twitter as a “founder and board member at March For Our Lives” and appears actively involved in the organization. He announced on June 7 that March For Our lives is searching for a new Executive Director.

Georgia Congresswoman Marjorie Tayor Greene asked Hogg on Twitter why he had not scheduled a meeting with her while he was in D.C. to lobby some of her “gutless weak colleagues” to support gun-control policy “that will violate our freedoms and leave Americans defenseless.”

In response to Greene, Hogg said, “Don’t really have time to help you go viral for attacking survivors so you can fundraise.”

“I’m more interested in protecting children and meeting commonsense people who are looking for reasonable solutions to stop children from dying,” he said during the June 5 virtual exchange.

In addition to the demonstration in D.C., there are over 100 March for Our Lives events planned in 45 states on June 11.

Jury selection is currently underway in order to sentence Nikolas Cruz, the gunman who opened fire at Hogg’s high school. Cruz previously pleaded guilty to 17 counts of premeditated murder and could receive the death penalty. 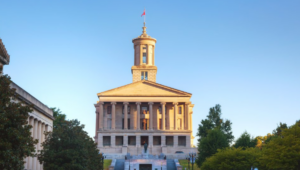