West Virginia Senator Joe Manchin voted with Republicans to pass an amendment banning the use of federal funds to teach concepts associated with critical race theory in K-12 schools.

The effort was advanced shortly after midnight on Wednesday during a late night “vote-a-rama” on more than 1,000 amendments — with votes continuing until 4 a.m.

All 49 Republicans that were present voted in favor of the amendment, which was introduced by Sen. Tom Cotton, “to establish a deficit-neutral reserve fund relating to prohibiting the teaching of critical race theory in prekindergarten programs and elementary and secondary schools.”

“Growing up, I was taught, as I suspect most of you were, that America is a great and noble nation, in large part because, as Lincoln put it, all men are created equal,” Cotton said during a floor speech prior to the vote.

“Sadly, today some want to replace our founding principles with an un-American ideology called critical race theory,” Cotton continued. “They want to teach our children that America is not a good nation, but a racist nation. Those teachings are wrong, and our tax dollars should not support them.”

This evening the Senate PASSED my amendment to prevent federal funds from being used to promote Critical Race Theory in schools.

Our future depends on raising a generation of kids who love America. pic.twitter.com/rVLW6b8XiB

Critical Race Theory is the idea that America is a fundamentally racist nation that must be fixed by viewing every interaction through the lens of race.

The Daily Caller noted that “at least six states have passed bills purporting to ban concepts associated with CRT in K-12 education, and legislatures in at least 20 more are considering similar legislation. Proponents claim that the bills are necessary to combat left-wing ideas in education, while opponents argue that they are impermissibly vague and will be ineffective.”

After the amendments were voted on, the Senate passed the $3.5 trillion budget resolution.

“The framework of the massive $3.5 trillion budget resolution was passed in a party-line vote early Wednesday. The plan calls for a 10-year cascade of federal resources that include historic sums for family support, health and education programs and an aggressive drive to help the climate,” Fox News reported. 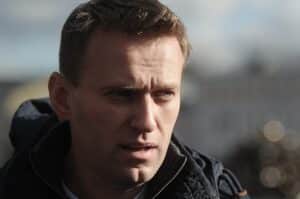