Court documents show that a Missouri man who tried to ban LGBTQ books from North Kansas City School libraries over sexual images and situations was charged with molesting a child.

According to court documents, Ryan Utterback, a 29-year-old parent, allegedly fondled a child. He has been charged with a felony in the case.

The Kansas City resident faces misdemeanor charges of furnishing pornographic material to a minor in a separate case.

Utterback is accused of two instances of child molestation dating back to 2020. The allegations include touching a 12-year-old girl under her clothes in one case and rubbing another teen’s leg underneath her jeans.

Last year, Utterback was also reported to have begun showing pornography to a young girl who is about four years old.

Previously, he advocated for removing several LGBTQ books that featured sexual situations or imagery. Utterback cited the issue of parental rights in choosing what material his children are shown in school.

Our books TEACH & give resources to kids about predators like him. https://t.co/S40skluL26

“I definitely understand their struggles, and it’s not lost on me,” he told KMBC in November. “But again, those conversations are to be had at home, and only I have the intimate understanding of what is and isn’t appropriate for my children.”

At an Oct. 26, 2021 school board meeting, Utterback appeared to request the removal of books that depicted sexual acts in North Kansas City Schools libraries.

It remains unknown how many children Utterback has and whether or not he is married. However, Utterback has described himself as a parent at the school board meetings and in previous media interviews.

Utterback is currently out on bond. However, a group of residents is compiling a petition to revoke his bond, stating that he is a danger to local residents. 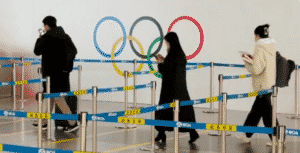