A man dressed as the Joker stabbed 10 people and injured seven more on a Tokyo train as people headed for their Halloween celebrations in Shinjuku on Sunday evening.

Shinjuku is the busiest train station in the world.

The 24-year-old assailant, who has not yet been publicly named, set a small fire on the train and began his stabbing spree around 8 p.m.  He was also throwing hydrochloric acid. Witnesses said that he was wearing a green shirt, a blue suit and a purple coat — resembling the costume worn by the Joker.

Man, 24, dressed as the Joker injures 17 in Tokyo train knife rampage, ‘sprays acid on passengers’ and sets the carriage on fire – then calmly smokes a cigarette before being arrested by police

“Witnesses described how the 24-year-old attacker stabbed 10 people and poured what is believed to have been oil around the carriage before lighting it on fire, causing panic among passengers,” the Daily Mail reports.

Three of the victims were severely injured, including a 60-year-old man who remains in critical condition.

The suspect was arrested for attempted murder after the train came to an emergency stop. He did not resist arrest, according to reports.

A video circulating on social media is said to show him casually smoking a cigarette following the attack, waiting for police to come arrest him.

🚨 | NEW: The alleged attacker in Japan, in a “Joker” costume. Sitting and casually smoking after stabbing and spraying hydrochloric acid on passengers on a train in Tokyo, and then setting everything on fire

Nippon Television reported that the suspect told police that he “wanted to kill people and be given the death penalty.” He also said that he was using a previous train stabbing attack as his example.

A man dressed as the joker got onto a train in Tokyo last night, stabbed numerous people, and set fire to the train pic.twitter.com/EzTIaGDnUB

The man carried out the attack without showing any emotion, a female passenger said, according to the Daily Mail.

“He held a knife and started spreading liquid,” the witness said. “He was committing this act without showing any emotion, just mechanically. I think that brought fear to everyone.”

Another witness told the Yomiuri that they believed it was a Halloween stunt. “Then, I saw a man walking this way, slowly waving a long knife,” they added. 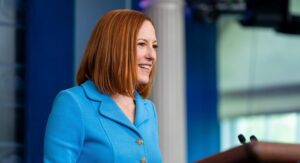