The man, 26-year-old Bernard L. McCutcheon, threw an unlit Molotov at police officers while attempting to light the second one.

There is no indication this was related to the Capitol, Members of Congress, or any protests.

More details to come in a news release this evening. pic.twitter.com/OuEXgFGfCc

“According to the officers, the suspect threw one of the Molotov cocktails at the officers while the man was trying to light it. The suspect tried to get away, but the officers stopped him,” the Capitol Police said in a press release.

The USCP said that the man attempted to flee the scene, but was stopped by the officers.

“He then dropped the other Molotov cocktail that was made with a tequila bottle stuffed with a sock and a liquid later determined to be a petroleum based accelerant by the USCP Hazardous Material Response team,” the press release stated.

The two officers were treated for minor injuries sustained during the incident.

“Both of our officers were treated for minor injuries. Thankfully they are going to be ok,” said acting Assistant Chief of Police for Uniformed Operations Sean Gallagher. “We appreciate their quick action that, without a doubt, kept the community safer.”

A backpack that had two additional bottles of liquid were also recovered at the scene.

It remains unclear what his motives were or his intended target.

The Capitol Police said that they “are grateful for the assistance of the DC Metropolitan Police Department, DC Fire & EMS, and the ATF’s Washington Field Office.” 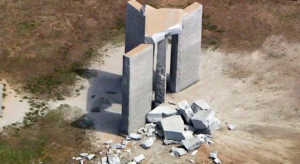