‘It’s like McDonald’s with no burgers,’ said a concerned business owner in the region

The announcement alarmed neighboring nations that depend on the export for their poultry supply.

Approximately 3.6 million chickens are shipped from Malaysia each month accounting for $180 million in exports. The majority of the poultry livestock goes to fellow Association of South East Asian Nations – including Thailand, Laos, Cambodia, Indonesia, Brunei, Myanmar, the Philippians, Vietnam and Singapore.

One-third of the poultry in Singapore is from Malaysia. The nation’s national dish is chicken and rice. News of the ban sparked concerns about the availability of one of the dish’s key ingredients.

“The ban would mean we are no longer able to sell. It’s like McDonald’s with no burgers,” Daniel Tan, the owner of seven franchises of the chain OK Chicken Rice, told The Guardian.

The national government “urged consumers to switch to frozen chicken and other alternative meats, and is exploring new markets for fresh chicken,” reports AP News. “The ban not only caused alarm in Singapore but also troubled smaller Malaysian poultry farmers who supply to Singapore to help keep their operations afloat.”

Malaysia’s export ban, which was announced by Prime Minister Ismail Sabri Yaakob in May, went into effect on June 1.

Yaakob’s government has said the increased cost of chicken feed in January led to a surge in poultry prices. The country’s Ministry of Domestic Trade and Consumer Affairs discusses implementing price controls for chicken, egg, meat and sea produce with poultry industry leaders and the Ministry of Agriculture and Food Industries in April, per MalayMail.

The increased cost of chicken feed has been attributed to the disruption in wheat, maize and sunflower seed exports due to the military conflict between Russia and Ukraine, where the majority of the world’s grain products are farmed.

The increased price of fertilizer and a labor shortage has also influenced domestic prices.

Food prices have soared in recent months, according to data from the country’s Department of Statistics. The country recorded a 4.1% inflation in food and beverage prices in April as compared to the same time one year before.

The nation’s experience coincides with the global spike in food prices.

According to Deloitte, the Food and Agriculture Organization’s Food Price Index are at the highest level since the group began tracking the data in 1990.

“It would be incorrect to solely blame the ongoing conflict in Ukraine for high food prices. Prices have been rising—and quite strongly—since mid-2020. Between May 2020 and February 2022, FAO’s Food Price Index went up by 55.2%, led by a 159.4% rise in prices of edible oils, followed by strong growth in prices of sugar, dairy, and cereals,” the consulting company noted in a May 31 report.

The Malaysian government did not set an end date for the ban. 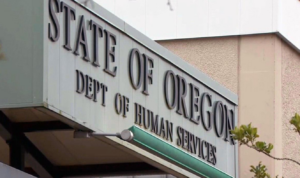