Majority of US Voters Say Their Financial Situation is Worsening

The majority of US voters say that their financial situation has been worsening under record-high gas prices, rising inflation, and the threat of a recession.

A 56 percent majority of Americans told pollsters from Harvard CAPS/Harris that financially, things are “getting worse.”

Just 20 percent of voters said that their financial situation was improving, according to a report from The Hill.

“This is a devastating finding that has been climbing month after month – no matter how they are actually doing, a solid majority believes now they are becoming worse off economically and that is America’s most critical read on the mood of the voters,” Mark Penn, the co-director of the Harvard CAPS/Harris poll, told The Hill.

The report adds that, “the pessimistic view of Americans’ personal finances comes as the country continues to face the highest rate of inflation in decades. Consumer prices climbed 8.3 percent in April compared with a year earlier, marking the fastest increase in roughly 40 years.”

According to AAA’s gas price tracker, the national average cost per gallon, nationwide, was $4.598 on Tuesday. In California, the average was over six dollars. Several other states, including Alaska, Nevada, Oregon and Washington were over five dollars per gallon.

There are parts of California where a gallon of gas is now higher than an hour of federal minimum wage pay — which is $7.25.

There it is: a gallon of gas costs more than the federal minimum wage https://t.co/np6zsWR2Ie

“There it is: a gallon of gas costs more than the federal minimum wage,” tweeted comedian River Butcher with a photo of the cost of gas in California.

The pollsters also reported that 49 percent of respondents said that they expect the US to enter a recession in the next year — and 36 percent believe that we are already in an economic downturn.

Just 16 percent reported believing that the nation will avoid a recession.

The Harvard CAPS/Harris Poll survey of 1,963 registered voters was conducted from May 18-19. It is a collaboration of the Center for American Political Studies at Harvard University and the Harris Poll. 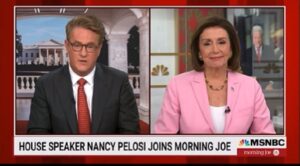