Kids at Loudoun County High School and Briar Woods High School in Virginia walked out in protest of the district covering up multiple sexual assaults by a “gender fluid” student on Tuesday.

The school district has been the subject of massive controversy this year, first for their heated school board meetings on Critical Race Theory and suspension of a gym teacher who refused to use students “preferred pronouns.”

Now, it has been revealed that the district covered up two sexual assaults by a “gender fluid” student in girls restrooms at two different Loudoun County high schools.

Students protesting chanted “Loudoun County protects rapists” and other messages as they walked out.

The father of one of the teenage girls who was victimized, Scott Smith, was smeared as a “domestic terrorist” after he was arrested at a school board meeting for speaking out. The school board falsely claimed that there was “no record of assaults occurring in our restrooms.”

“Our students do not need to be protected, and they are not in danger. Do we have assaults in our bathrooms or locker rooms regularly?” said school board member Beth Barts, according to a report from the Federalist.

“To my knowledge, we don’t have any record of assaults occurring in our restrooms,” Superintendent Scott Ziegler replied.

Board chairwoman Brenda Sheridan also asked if the district had “any issues involving transgender students in our bathrooms or locker rooms,” prompting Ziegler to say that there is no predatory trans-identifying person in the district.

However, this was a lie.

“A Virginia judge found the teenage male, who was allegedly wearing a skirt when he entered a girls’ bathroom at Stone Bridge High School in May and was then involved in a similar incident at Broad Run High School in early October, guilty of sexual assault on Monday,” the Federalist report states. “Other reports indicate that Loudoun County Public Schools failed to report multiple alleged sexual assaults in its district for years. One LCPS board member, Barts, stepped down from the board after the controversy gained conservative media attention. Others are currently the subjects of recall efforts.”

Superintendent Ziegler has refused to step down.

Reminder: the Loudoun County superintendent who tried to cover up the rape, said they had no record of it, and said the predator “doesn’t exist” has said he isn’t stepping down. https://t.co/EXWnsl1IWl 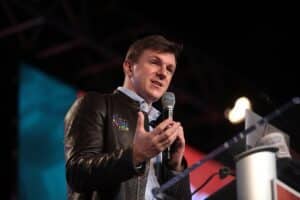