The new ordinance goes into effect on Nov. 4

The City Council of Los Angeles voted Oct. 6 to pass one of the strictest COVID vaccine mandates in the USA, requiring proof of injection at most indoor locations including restaurants, theaters, gyms, and more.

“The City Council voted 11-2 in favor of the ordinance that will require proof of full vaccination starting Nov. 4,” reports the Associated Press. “The move came after the council postponed a vote last week to deal with concerns ranging from who could be fined for violations to whether employees could end up in fist-fights when they have to serve as vaccine door monitors.”

Los Angeles leaders have voted to enact one of the nation’s strictest vaccine mandates. The sweeping measure requires the shots for everyone entering bars, restaurants, nail salons, gyms and even a Lakers game. https://t.co/PcbscQW8LR

Critics claim the move would create a “segregation” system between the vaccinated and those who have not received the injections.

Supporters say the documents are necessary to slow the spread of the Delta variant of the virus.

“Making a teenager … serve as a bouncer to keep people in or out of a restaurant, and then fining the business for their failure is not the way to go about it,” opined Councilman Joe Buscaino, who voted against the mandate. 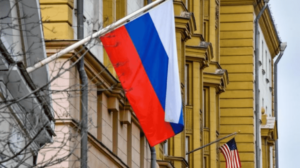