Los Angeles Board of Education Bribing Kids to Get Vaccinated With Gift Cards, Tickets to Disney

The Los Angeles Board of Education is now attempting to bribe students to get vaccinated with a chance to win gift cards, tickets to Disneyland, and other potential prizes.

There is currently a 72 percent vaccination rate among students as of Sunday, which they are hoping to boost with the “incentive program.”

Los Angeles students must be fully vaccinated or have a medical exemption by the start of the second semester on January 10 — or they will be banned on campus. There will be no exemptions on religious grounds.

According to the school district’s website, families of students 12 and over can upload their proof of vaccination or medical exemption to be entered to win tickets to Hamilton, Knott’s Berry Farm, Disneyland, Magic Mountain or Universal Studios.

The Los Angeles Times reports that other prizes have included raffles for gift cards to grocery stores, nearby food trucks, and Target.

“It’s really designed to acknowledge families for their efforts in engaging in this bigger public health initiative,” Sara Mooney, the district’s coordinator of civic engagement, told the Times. “It’s all about keeping families safe and students learning.”

According to the report, “in approving financial incentives at its Tuesday meeting, the school board had to waive a rule that sets ‘a limit of $40 for personal gifts to students and parents/guardians.’ A report to the board estimated that rewards would range from $100 to $350, on average. The $5 million is paid for with taxpayer funding. Additional gifts will be ‘sponsored and funded’ by donors.”

The board argued that the spending serves “a legitimate public and educational purpose.”

School board meetings have been closed to parents since the start of the COVID pandemic. On Tuesday, those who oppose the mandate held a protest outside the district headquarters.

The board also announced that they will be ending the weekly coronavirus testing for students and staff at the beginning of winter break. That effort has already cost taxpayers approximately $350 million. 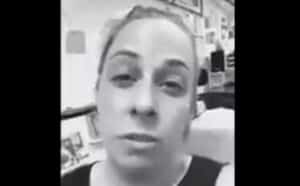