The order is the latest struggle facing the embattled journalist after he fled the U.S. due to alleged espionage charges

On Wednesday, a court in the U.K. issued a formal extradition order for Wikileaks founder Julian Assange.

In the hearing on Wednesday, U.K. Home Secretary Priti Patel made a move to solidify Assange’s transfer to the U.S. after a multi-year legal battle that has had him held in prison within the country.

Assange has the right to appeal Wednesday’s decision. His lawyers have four weeks to make submissions and may also seek to appeal to the High Court.

The publisher’s lawyer Mark Summers told the court that the legal team had “serious submissions” to handle.

Assange has been fighting extradition to the United States. U.K. Judge Vanessa Baraitser denied an extradition request by the U.S. government last year due to concerns over Assange’s mental health.

Judge Baraitser’s ruling was overturned in an appeal by the U.S. government in December. The move prompted Assange’s legal team to petition the U.K.’s highest court for an appeal of their own.

In March, NBC News reported that the court refused his appeal because the case “didn’t raise an arguable point of law.”

“Monday’s news narrows Assange’s options, but his defense team may still seek to take his case to the European Court of Human Rights or challenge the original judge’s other findings,” the report explains. “Barry Pollack, Assange’s U.S.-based lawyer, said Monday that it was ‘extremely disappointing’ that Britain’s Supreme Court is unwilling to hear the appeal.”

Assange is wanted in the U.S. on 18 criminal charges after his news organization published thousands of classified documents in 2010. If convicted, he faces a sentence of up to 175 years in prison. 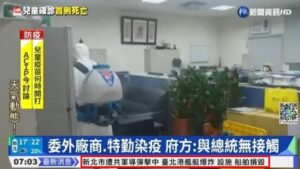