Australia’s Queensland state extended new shutdown orders Monday after “13 new locally acquired COVID-19 cases in the past 24 hours” were confirmed in the region, prompting protests from some residents who are now unable to leave their homes.

“[It’s] the biggest one-day rise the state has recorded in a year. The lockdown of Brisbane, Australia’s third-biggest city, was due to end on Tuesday but will now stay in place until late on Sunday,” reports Reuters.

“Queensland has yet to establish how a school child acquired the virus, but has forced students at several schools and their families, including that of Australia’s Defence Minister Peter Dutton, to stay home,” added the global news agency .

“It’s starting to become clear that the initial lockdown will be insufficient for the outbreak,” Queensland state Deputy Premier Steven Miles told the press.

Just 19% of Australians over the age of 16 are vaccinated.

Meanwhile, in Sydney, more than 300 army personnel are patrolling the streets to enforce local lockdown orders.

The group is now conducting “door-to-door visits to ensure people who have tested positive are isolating at their homes. They also accompanied police officers patrolling the areas of Sydney where most COVID-19 cases have been recorded.”

“I want to say right up front that we are not a law enforcement agency and that is not what we will be doing,” Brigadier Mick Garraway, leader of the operation, told reporters in Sydney.

Read the full report at Reuters. 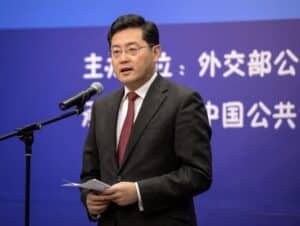