Cases of the illness have been reported in the United Kingdom, Spain, the Netherlands, Denmark, and the United States

An unexplained liver disease detected in children has spread to multiple countries after first being detected in the United Kingdom.

Since the beginning of January 2022, there have been 74 cases of hepatitis of an unknown origin among British children. The majority of the cases, 49 in total, were detected in England. Another 13 were reported in Scotland, and the remainder were found in Wales and Northern Ireland.

The U.K. Health Security Agency said in a statement on April 6 that “the usual viruses that cause infectious hepatitis (hepatitis A to E) have not been detected.”

“One of a number of potential causes under investigation is that a group of viruses called adenoviruses may be causing the illnesses,” the agency stated. “However, other possible causes are also being actively investigated, including coronavirus (COVID-19), other infections or environmental causes.”

The UKHSA noted that all of the children affected had not received the COVID-19 vaccine.

Some of the children’s inflammation was treated by a specialist while others needed a liver transplant after patients went into complete liver failure.

The World Health Organization issued an emergency disease outbreak alert regarding the spread of hepatitis cases on April 15.

“Given the increase in cases reported over the past one month and enhanced case search activities, more cases are likely to be reported in the coming days,” the organization said. “Member States are strongly encouraged to identify, investigate and report potential cases fitting the case definition.”

The European Center for Disease Prevention and Control announced on April 19 that cases of hepatitis had now been recorded among children in Denmark, Ireland, Spain, and the Netherlands.

Additionally, nine cases of unexplained, acute hepatitis were reported in Alabama. All of the American children were between the ages of 1 and 6 and tested positive for Type 41 adenovirus. Two of the children required full liver transplants.

“Seeing children with severe [hepatitis] in the absence of severe underlying health problems is very rare. That’s what really stood out to us in the state of Alabama,” Karen Lander, the district medical officer for the Alabama Department of Public Health, told Stat News.

“Mild hepatitis is very common in children following a range of viral infections, but what is being seen at the moment is quite different,” said Graham Cooke, a professor of infectious diseases at Imperial College London, to AP News.

Symptoms of the illness include jaundice, vomiting, diarrhea, and gastrointestinal pain

Medical experts in the U.K. currently suspect “the aetiological origin of the cases centered around an infectious agent or a possible toxic exposure.”

The ECDC said toxicological investigations are ongoing. Viral hepatitis types A, B, C, D and E were all excluded through lab testing. 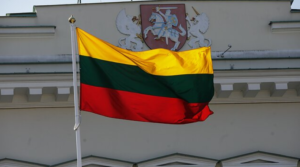