Life expectancy in the United States dropped by nearly two years from 2019 to 2020, according to the National Center for Health Statistics and its Division of Vital Statistics.

According to a new National Vital Statistics report, life expectancy declined during this time period for all 50 states and D.C., from 0.2 years for Hawaii to 3.0 years for New York.

The researchers found that in 2020, Hawaii had the highest life expectancy at birth, 80.7 years, and Mississippi had the lowest, 71.9 years. West Virginia had the second lowest, with 72.8 years.

“The declines ranged from 0.2 to 3.0 years,” the report says. “The states with the greatest decreases in life expectancy at birth from 2019 to 2020 included those in the Southwest and U.S.–Mexico border area (Arizona, New Mexico, and Texas), Louisiana, Mississippi, Illinois, New York, New Jersey, and D.C.”

On the other side, “New England (except for Connecticut), as well as Minnesota, Oregon, Washington, Idaho, Utah, Wyoming, Alaska, and Hawaii experienced the lowest declines in life expectancy at birth.”

The report attributes the sharp declines in some states to the COVID-19 pandemic and an increase in drug overdose deaths.

“Overall, life expectancy in the United States declined by 1.8 years from 2019 to 2020, mostly due to the COVID-19 pandemic and increases in unintentional injuries (mainly drug overdose deaths),” the report states.

Suicide was dropped from the list of the ten leading causes of death in 2020. 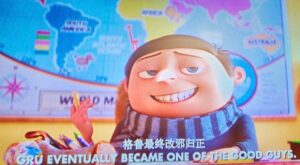