The lieutenant governor of New York has been indicted on bribery charges in addition to charges related to his effort to cover up the scheme.

Brian Benjamin, who took office in 2021 after being appointed by Governor Kathy Hochul, allegedly took campaign contributions in exchange for a $50,000 state grant.

Law enforcement contends Benjamin directed the state funds to a real estate developer who donated to his campaign through the State and Municipal Facilities Program.

“The developer then sent Benjamin’s campaign for state Senate thousands of dollars through several checks in the names of the developer’s relatives and a limited liability company, according to the indictment, which did not identify either the developer or the organization that the developer controlled,” reports Reuters.

The deception reportedly took place between 2019 and 2021 while the Democrat was a state senator campaigning to become New York’s comptroller. His campaign was ultimately unsuccessful.

“During that time, Benjamin allegedly solicited campaign donations from and to be raised by a real estate developer, [in] exchange for appropriating state funds for the developer’s non-profit organization,” per Fox News.

The Federal Bureau of Investigation began looking into financial records and communications between Benjamin’s campaign and the Harlem real estate developer last year. The agency subpoenaed Benjamin’s former campaign advisers at the end of 2021.

The Lieutenant Governor was arrested on April 12 after surrendering to authorities. Benjamin is expected to appear in Manhattan federal court today. 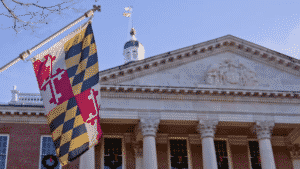